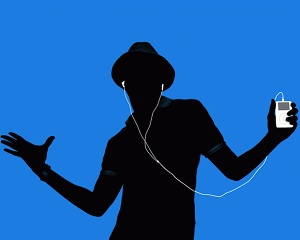 I am a millennial, much like all my fellow generationeers who were born between the early 80s and the late 90s. It is this generation that has lived through the queen-bed sized floppy disks and the internet revolution. We are the ones who must have, at some point, used brick’s clunky cousin – the first Nokia cell phones, heard Mithun’s Disco Dancer songs on cassette tapes, spent a fortune in buying a whole CD for one of the many Kumar Sanu hits and witnessed SRK penalized at an army training camp in his breakthrough TV show, Fauji, long before he became literally and cinematically Raees!

We are a remarkable generation in many ways. It is said that our generation has the most number of college degree holders as compared to the previous ones. This is backed by a study by the Pew Research Center, when comparing the Millennial number to any of the previous generations, when they were in the age 18-33. Say, the generation before the Millennials, Gen X, had 20% women in between 18-33 (back in 1998) with a Bachelor’s degree. For Millennials, that went up to 27%, among women. The Baby Boomers and the Silent generations were even lower at 14% (back in 1980) and 7% (back in 1963), respectively. And that’s not all, we are also one of the most diverse generations. There is far more racial mixing, inter-every kind of marriage, and kids who are being born with a mixed lineage. This also happens to be one of the most socially connected and globally aware generations, in its youth, thanks to the conveniences of the internet, social media and the relative ease with which people from all over the world are traveling across the seas in search of higher education and opportunities.

In all, Millennials seem to be on the right track, in spite of the neighborhood uncle lamenting about how worthless the current generation is, in the usual humaare zamane mein and whatever follows. We are often considered the irresponsible, the whimsical, the moody and the brash generation by many who have been on this earth longer than us. But what are the peculiarities of this generation that makes it bear the name of being so?

Millennials are self aware. Now what does that mean? Well, certainly something more than knowing what hairstyle suits them or how oily their skin is. They are prepared to do what suits their temperament and aspirations. Take jobs for instance. Our parents, or at least most of them, spent their lives working in the same office, perhaps even on the same desk and with the same colleagues most of their lives, until the day a golden watch and the pension packet led their way into retirement bliss. But that’s not really so with us. Millennials often change their jobs. About 36.6% of them in the first 13 months of a new job, according to the Pew Research study. Why? Probably because jobs, to them, often need more than compensation to be satisfactory. They are motivated by career development, advancement and training opportunities. It’s like they know what goodies companies can offer and they don’t like settling for any less. In a way, beyond the salary packs, their job satisfaction is defined by how good their employers are to them (Read Job Satisfaction for Millennials).

Now does that sound flighty? I hardly think so. Sounds more like Art of living and working by Baba New Age!

Why buy when you can rent

The billboards, across the city, might be beckoning potential buyers to buy into their promise of a tranquil multi-storeyed existence, but the young millennials are not really sold on it. Not yet, at least. The US home ownership saw a severe drop in 2014, which experts believe came from a lack of employment, student debts and the general overall economic lull. But is that all?

Millennials have demonstrated a strong affinity for independence and self expression. They often loathe the concept of being tied down. Owning a home, a car and such large investments, only increases their inertia towards a change, if they so wish. Why not rent an apartment close to work and in a nice neighborhood? Why add to your worries by owning a home, which in many ways is akin to domesticating an elephant – expensive and maintenance worthy. If you switch your job, simply switch the rental!

You want to go places? Get an experienced Ola/Uber driver to take you there. Will save you the hassle of buying, maintaining, and paying taxes for a car. And of course not having to experience the anti-pleasantries like the occasional finger gesture of the neighboring driver.

Maybe millennials simply prefer to stay away from the hassle of material possessions and live well without the headache of a roof that needs fixing in two years. Not to mention that when the economy tanks, real estate and all other material investments depreciate the quickest. Maybe then, they are simply smarter about just finding a no-strings-attached downtown condo while not chaining themselves to a 40 year bad commitment of forever depreciating assets! Not until they are able to convince themselves of the risks thereto.

Point is that unlike our very recent ancestors, this particular age group prefers an all side open field to a south facing apartment.

Beyond the desk job

This is that group of yuppies who are somewhat fearless in making a move to a new career or starting off something on their own. They prefer flexible timings and independence to a 9 to 5 security. Bentley University conducted a study on Millennials to confirm what most already suspect. They love starting things on their own and being their own boss. Of the 3000 plus survey respondents, 67% stated their desire to go entrepreneurial. So what if some of the plans fizzle through the system to become disasters. They believe that every start-up gives them enough experience to become better at it. Hell, if things don’t work out, there is always the gyan to be shared with the next would be, of course at a reasonable consulting fee. Maybe it is this fearless confidence which lets them explore radical career shifts, moving on to paths which aren’t traditional. The internet and the associated online marketing plays a very important role in making the average Millennial Joe’s photography skills translate into a thriving business – from a tethered desk job to a figurative loose Cannon!

Millennials maybe an odd bunch, with their papa don’t preach attitude and sure ways. At least that’s the stereotyping associated with them. That they don’t prefer regimented jobs, they question traditional concepts of investments and security, their risk taking is reserved for entrepreneurial ventures and they prefer Tinder over WhateverMatrimony.com. But the remarkable fact is that these are the same people who feel that elderly parents are their responsibility – 63% of them as compared to 55% Baby Boomers according to the Neilson Report. They also happen to be more environmentally aware. According to the same study, 66% (of the 30k respondents) are willing to pay extra for sustainable goods. Compare that to the recent Paris-Disagreement that has been a doing of the biggest Baby…err Baby Boomer, Trump.

So what have we learnt?

Every generation is unique and that there is good reason for what they hold dear. It could be the circumstances surrounding their upbringing, the economic conditions determining their career choices and the social awareness they are subjected to.

And for this generation, it is a strive to strike a balance between responsibilities and independence.