Who is a Millennial? One who has not seen the Berlin Wall being built, but has probably witnessed it fall. For her, Led Zepplin is classic rock. Beatles was what her parents most likely waltzed to. It is her generation which has grown up while the world transformed itself to a parallel digital existence. And it was her generation that experienced the beginning of Tendulkar’s career, the birth of economic liberalization in India and of course, the rise, and thankfully fall, of shoulder pads in fashion.

Any who, generations and their inter relationships have been studied widely. We suspect, mostly to know what is it that makes us feel different around each other. What is important to Baby Boomers who lived through an age of newly acquired peace and economic uptick? What are the behaviors of an individual brought up in the age of the Internet? What are their likes and dislikes? And in particular, relevant to the always important job world, what are the priorities of employees belonging to the various age groups?

The last question bears significance especially in that it is essential to know what satisfies an employee, in today’s world. And since by 2030, Millennials will comprise 75% of the workforce worldwide, it is this generation employers really need to get. What makes Millennials happy at work, making them want to stick around?

In this article, we will lay out some of the key findings from studies around the globe.

What makes Millennials happy with their job?

It is common to hear that young adults, in workforce , are forever hopping jobs. That they are really impatient and lack staying power. A recent article on LinkedIn, based on data gathered from its users, suggests that the previous generation averaged at hopping 1.6 jobs in the first five years after graduation. Compared to that, Millennials seem to be going through nearly 3 jobs in the first five years.

But contrast that finding to the study by the Pew Research Center, Millennials in 2016, in the age group of 18-25 years, when compared to the previous generation (Gen X) in 2000, who were then between 18-35, don’t indicate a flippant nature. For instance, a 13 month job tenure stat shows that 63.4% of Millennials are likely to stay with their current employer as compared to 59.9% of Gen X employees back in 2000. Make the duration any longer, say 5 years, and Millennials still would outstay at 22% compared to 21.8% Gen X employees in 2000. A study by The US Bureau of Labor Statistics also seems to suggest that Baby Boomers too had their wild side when it came to number of jobs they switched on an average, in their early years (See Image)!

A good way to sum up Millennials, now, is that they are simply young and able to take on more risks, exploring their choices. If not now, when? Those Baby Boomers, in the fast lane, settled down with time as well. As you can see from the image, they too took a while to hang their ruby slippers and settle down with their long term employment. 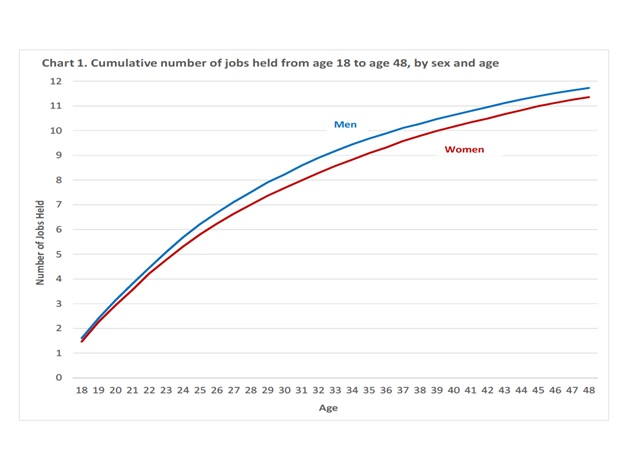 Source: US Bureau of Labor Statistics
Longitudinal Survey of Baby Boomers born between 1957-1964 showing their tendency to job hop in their early years.

But how are Millennials different from their previous generations?

Job commitments of the Disco generation might be a topic of contention, however one cannot simply dismiss them as aimlessly running around between jobs. If there is a madness, there must be a method to it. And to find out what motivates Millennials to retain their current employment, we ask a simple question – What does job satisfaction imply to a Millennial?

According to the Employee Job Satisfaction and Engagement Report, in 2016, by the Society for Human Resource Management (SHRM), it is important for employers to look past generational stereotypes and focus on the “career level and life stage” of the employee rather than their origin year.

The idea is to create an environment which can cater to the interests of all employees while keeping in mind what sort of factors influence the overall job satisfaction among them. Based on the study, most of the usual job satisfaction factors like compensation, benefits, job security, variety of work, company sponsored training, networking opportunities and many more (Table 6 of the SHRM report) are pretty much the same across ages.

The factors that differ, or rather the ones Millennials place top on their priority scale are listed below.

Millennials feel more connected to training that enables them to be productive in their job roles. This doesn’t of course mean that the previous generations didn’t feel the same. However, this is one of those factors that the current generation is easy to recognize, perhaps even as much as moving on if companies are unclear in giving their young employees a good enough direction.

The latest working generation cares about how companies view them. A large factor in employee retention comes about when companies are able to exhibit an active interest in employee professional development. Certifications, degrees and other learning opportunities make employees feel secure and happy in the company’s investment in their labor.

Millennials need an impetus to keep growing in their current profession. The time managers, and employers, invest in cultivating their job roles is extremely important to them. Manager employee relationships matter a lot. They tend to bore easily and frequent challenges keeps them feeling useful.

One of the major reasons employees are left unsatisfied and hunting for new opportunities is the lack of advancement options within their companies. Advancement options serve to attract and retain skilled talents within an organization. The idea is pretty simple. If an employer is not able to recognize what good their current employees can contribute, they’d leave leaving the employer sucking wind in their wake. 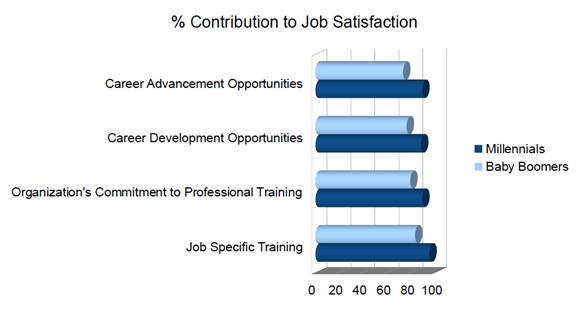 Of course, career opportunities play significant roles for the earlier generations as well. But they seem to be one of the major driving forces among Millennials. Compensations are a given but seems like they cannot promise to stick around just for that. A lot more of them have been able to attain higher education as compared to the ones before. It is possible that their training makes them feel more confident to choose the path that keeps adding to their skill worth.

In all, one thing is clear. Millennials are not that impulsive, wild or uninhibited as they are often made out to be. They don’t lack focus, they can multitask. They don’t lack commitment, they just don’t want to settle for less. They don’t lack loyalty, they demand opportunities in return. In all, they are a generation which has just begun moving on to the more settled phase of life and they care about what they have personally, and professionally, gained from their career.

And before we jump to tagging them as simply whimsical, we will leave you with this thought.

Do you realize that the Baby Boomers are the same generation that went to Woodstock?

1 thought on “Job Satisfaction for Millennials: Statistics and Analysis”