How to improve your Listening Skills

Tips and techniques to become a better communicator 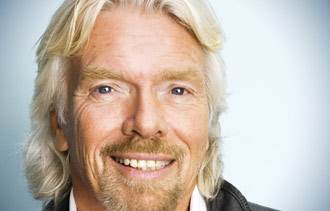 The art of listening has a famous mascot – Richard Branson. Yes, the flamboyant founder of the Virgin Group is a huge votary of ‘listening’.

“Nobody ever learnt anything by hearing themselves speak,” says Branson, adding that successful people often lose the ability to listen because they are “very fond of their own voices“.

Branson says some of the most successful entrepreneurs he has met are good listeners, underlining the importance of this talent as a core communication and leadership skill.

There is no underestimating the value of effective listening skills. From grievances and complaints, to suggestions, opinions and ideas, or just free-wheeling conversation at work, there is a wealth of information and insights you can gain by simply keeping your ears open.

India’s Harsh Goenka, chairperson of the RPG Group, believes Indians have an edge in listening skills due to their culture. Indians are raised to be good listeners since they ‘listen’ and do not talk back to their parents and teachers, he points out. Goenka says he places a premium on listening, especially because it helped him learn the business quickly as he was inducted at a very early age.

Shishir Joshipura, Managing Director of SKF India, has honed this skill to an art. He offers an unusual tip. Joshipura believes that for a conversation to yield valuable insights, one must engage in free-flowing conversation on the other person’s home ground. “This creates context, and the quality of the conversation is much better,” he says.

8 Tips to Become a Good Listener

Most people like to think they are good listeners but that could be pure narcissism talking. If you want to know whether you need to improve your listening skills, here are 8 things that could help you decide.

When someone else is talking, say at a meeting, group discussion or brainstorming secession, never interrupt, never talk over them and wait your turn to speak.

Some experts believe that the mark of a good leader is to employ the 80-20 rule – speak only 20 per cent of the time.

There is a world of difference between ‘hearing’ and ‘listening’. While hearing implies that you have physically heard what someone is saying, it doesn’t necessarily mean that you have truly listened to them.

To honestly listen to the speaker, shut out all mental distractions and focus entirely on what the speaker is saying.

This means concentrating fully on what the speaker is saying and letting them know that you are. When you are seen to be listening, it is very encouraging for the speaker.

Once the speaker is at ease and knows you’re listening, the quality of communication will improve.

Empathy means putting yourself in the shoes of the speaker, which is darn difficult to do. That’s because each of us comes to the table with baggage, biases and prejudices, aimed either at the individual speaking or at what he or she is saying.

Guard against reacting and focus, instead, on the value of what is being discussed. A good listener always looks at things from the other person’s perspective.

We never listen only with our ears. There are many non-verbal cues that people send out when speaking. So watch for posture; tone of voice, pitch and volume; and whether the speaker is nervously shuffling from one foot to the other.

Non-verbal cues will tell you whether the speaker is lying or exaggerating, whether they are nervous or uncomfortable as well as a host of personality traits that provide context for what the person is saying.

When listening to someone speak, be aware of whether you are reacting to cues such as the speaker’s ethnicity, gender, mannerisms or even to the emotional colour what they are saying. So, don’t take sides or form opinions.

When you react emotionally, you are likely to miss out on bits of the content and possible creative ideas that might have otherwise struck you.

In other words, even when you don’t like wha you’re hearing or who’s saying it, listen anyway!

Occasionally ask the speaker a question or two. This confirms that you have been listening to the speaker and reassures him or her that you are genuinely interested in what they have to say.

While using this technique, you essentially mirror what the speaker is saying, by paraphrasing or repeating key words.

In the complex world of business today, CEOs and other honchos in leadership roles cannot escape the fact that listening comes with the territory.

The world is fast changing, consumer tastes and preferences are rapidly evolving, technology is morphing as we speak, and employee expectations too are changing.

Leaders have to listen to much larger conversations – where the industry is headed, what the competition is up to, what innovations their peers are pushing and the state of the economy in general.

So, while Microsoft uses Yammer, an internal social network of sorts, to engage employees in discussions or Yam-a-thons, others host seminars to source ideas.

Still others use social media platforms such as Twitter to generate ideas and feedback from consumers as well as the public at large.

Either way, if you’re aiming at a managerial or leadership role, your communication skills, including your listening skills, need to be no less than top notch.