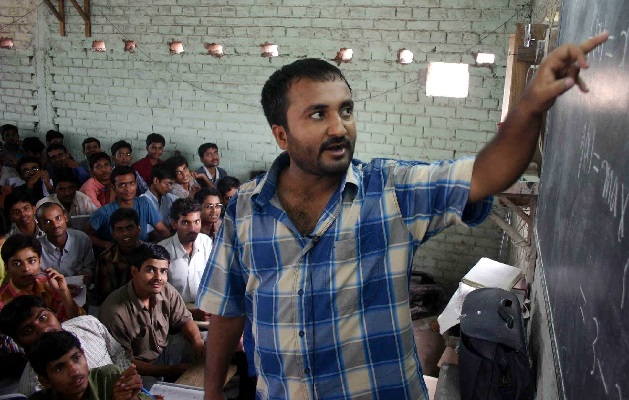 Anand Kumar, founder of Super 30, is a real life hero, whose story has inspired a documentary on Discovery Channel and a movie. Despite getting an admission into the University of Cambridge, a personal setback and financial constraints prevented the bright lad from Patna (Bihar) from attending the elite university.

In 2002, he started the Super 30 program to coach 30 poor students to have a fighting shot at the top institutes in the country – the Indian Institutes of Technology (IIT). And the success ratio has been stellar with over 85% of his students clearing the exam since inception.

What is the admission requirement to join Super 30? What happens in the class? How difficult is it to cope with the workload? What is it about Anand Kumar’s teaching that makes the experience unique and so effective?

Rahul Gupta, former student of Super 30, answers all these questions. 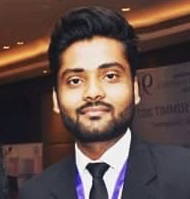 I belong to a small town named Ballia, near Varanasi in Uttar Pradesh. I did my schooling from Krishna Devi Public School located in my hometown where I studied from a few outstanding teachers, who were all very supportive.

I used to be a very shy lad during my school days. I was focused on my studies and Mathematics and Physics were my forte. I was also enthusiastic in sports and I used to play cricket. I was so crazy about the sport that I used to cut pictures of cricketers out of newspaper, especially my all time favorite Rahul Dravid. I had a few friends during my school days. And even today, I have handful friends who are good and supportive towards me.

In 11th standard I decided to become an engineer from an IIT. I couldn’t join a premium coaching institution due to financial crisis in my family. And as the saying goes, when one door shuts, another opens. My father advised me to join Super 30 which was a very good success prospect for aspiring IITians.

The same year a success story of super 30 and Anand sir was published in the newspaper. I purchased some books and started my IIT JEE preparations and started solving questions in spare time along with my regular schoolwork.

I used to study till late at night to prepare for IITJEE and that hard work paid back and I got into Ramanujan School of Mathematics (Super 30) where I could study under the guidance Mathematician Anand Kumar, Founder of Super 30. I consider him as my GURU. He was very learned and had a very unique style of teaching which made the syllabus a lot easier.

As a part of selection criteria of Super 30,I had to fill the application form and had to appear for an entrance test. My father went to the super 30 institute to get application form and also and went back to submit the filled up form because at that time it was not online but a physical form needed to be filled. The entrance test for Super 30 classes covered questions from Mathematics, Physics and Chemistry of 11th -12th standard. The difficulty level of the test was somewhere similar to AIEEE (All India Engineering Entrance Examination) which was to be cleared to get into NITs and other renowned engineering colleges of the countries previously.

That one year of preparation under him and other faculty members was not only learning Mathematics, Physics and Chemistry but also about life. Anand Sir taught us that how we can bring change in ourselves and in the world. His lectures were so full of motivation and learning that even today I just think about him and feel motivated.

I used to feel nervous during my initial days because I was surrounded by some of the brilliant minds. I learnt a lot from my batch mates too. I used to find it very difficult to manage assignments and my batch mates helped a lot to cope up with day to day studies and over the time got used to it.

Studying there was like having fun while you learn, especially when Anand Sir used to teach us through PPTs where he created two fictional cartoon characters named Bholu and Rishi. Bholu belonged to a poor family and Rishi to a rich one. And Bholu used to solve a question in many ways but Rishi managed to do in a single way only.

He used to teach us in a manner that even after 2 hours of his class we felt relaxed. He is a very kind-hearted and down to earth. His life story inspired me and many others who studied with me.

Coming to my experience with the IIT JEE exam, when I saw the paper, I thought that I am going to crack it. But as I was weak in chemistry which actually resulted in a negative result and I couldn’t get through with it. I did score very well in Maths and Physics but only passing marks in chemistry.

Overall I got 35 marks less than the cutoff. Even though I didn’t make it to any of the IIT’s, it was a great learning experience for me while preparing for IIT JEE at Super 30. But I think that I could have done better if I focused more on my weak area i.e. chemistry other than just focusing on my strengths like Mathematics and Physics.

Though I got good rank in UPSEE but didn’t take admission there rather I came Delhi, and got admission in Keshav Mahavidyalaya, Delhi University and completed my Bsc. Physical Sciences with Computer science and decided to prepare for CAT and other B-school entrances after my graduation. It was all fun and learning being in one of the good colleges of Delhi University.

I went to the TIME institute and secured overall 91%ile in CAT and cracked SRCC GBO entrance exam. Finally I joined SRCC, GBO of University of Delhi. I did my PGDM-GBO from there and now I’m working with Intertek India.

For all those aspirants who are preparing for exams like Super 30 or JEE or any other exam, I suggest you to be more focused around your weak subjects. During my preparation, I thought that I would crack IIT JEE only on the basis of Mathematics and Physics and I would just secure passing marks in Chemistry and that would be enough, which was not a good strategy as it seems.

For all those who want to get into Super 30, you all need to work very hard because now it is even tougher than earlier to get in to the Institute. So you need to give your 100 percent. Always stay focused and solve mock papers on regular basis. Solve all the previous year’s question papers and analyze your solutions and results. Make your strong areas stronger but improve your weak areas. Solve questions in a fun way that is a mantra by Anand sir.

For all my little bit of success till the date I thank Anand Sir who really inspired me and showed me the right way to grow and survive in this competitive world. I consider him as my Guru.

I wish good luck to all the aspirants!

Also read: Tips to get into IIT: JEE Preparation Plan