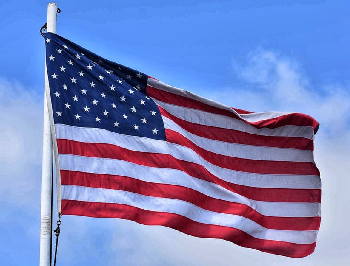 You heard right. It is not a bizarre number pulled out of some magician’s hat. There were an estimated over 1.4 million temporary foreign workers employed in the USA, back in 2013. That was 1% of the total labor force at the time, according to the Economic Policy Institute. They included the various flavors of H1, J1, L1, O1, F1 (with OPT) and their work permitted spouses. Of course, that was just the estimate of the number that were actually employed, leaving out the many more who were authorised to be employed, but still without a job.

Fast forward to the present times and there is no reason to believe that the intent of international workers, to be employed in the US, has gone down. What is also quite consistent is the desire for many of those temporary workers to transform their work visas into an eligibility for a permanent residence in the well-accepted land of opportunities. The road to an uninterrupted permanent green light to the green dollars of America is usually paved by the employment based Green Card.

Currently, there are nearly 90,000 H1B workers, nearly 8,000 L1, about 7,000 F1, and other lesser known temporary workers hanging in there with Green Card petitions in the immigration system (Source). Such employment based Green Cards form one of the many other categories towards permanent residency in the US. However, for the sake of this article, we will elaborate on the Employment Based Green Card category, with a brief touch on the others.

While employment or matrimonial based permanent residency are usually the road more frequently taken, there are certain other possible paths to a Green Card in the US.

Besides the above, certain other eligibility criteria rule in winners of Department of State’s diversity visa lottery, certain Cuban nationals, American Indians born in Canada, and more that you will find detailed on the United States Citizenship and Immigration Services (USCIS) website. For a reverse perspective on a homecoming story from the US, read

Let’s say you are an alien worker, the international kind and not the outer-space blue creature with an antenna, and you are legally employed in America. You will be eligible to apply through one of three kinds of Employment Based Green Cards, or EB categories.

Your green card processing, under the employment based category, will go through multiple levels of clearing before you qualify for US residentship. A brief summary of the application process is collected below.

In the case of an employment Green Card, more often than not, the employer sponsors the “alien’s” petition. The intention, in this case, is that the employer is just as invested in retaining the employee under permanent payroll, without the headache of potentially losing out on them and their trained self, once the temporary work visas run their course. While it is more common for employers to sponsor existing international employees, the system also allows for employers to sponsor candidates who are not yet employed with them, or perhaps even outside the country.

Only a maximum of about 140K international workers are granted a Green Card under the employment category, with a cap of about 7% per country. So, this is probably the reason why the processing time differs between someone from a populous country like India, seeking a Green Card, vs someone from a smaller country with a fewer number of applicants to begin with.

Here’s an order of procedures that precede an EB Green Card.

The fees, travel restrictions, renewals, and other queries are touched upon on the USCIS website. If your employer is taking care of the petition, you generally don’t have to bother about the finances. Also, if your I-485 is still pending, you can file a Form I-765 for an Application for Employment Authorization, or EAD, to work in the country. The nuances are dynamic and forever evolving. So, it is best advised that you keep your eyes open and sniff out the changes in the immigration system, if any, through your own research.

The processes, the forms and their numbers, the regulations and the regulations on the regulations, make Green Card application one of the hardest to live through, keeping sanity and hope alive. But it is, after all, the only way you can get out of the bigger headache of periodically jumping through hoops to maintain your legal work visa status, with most of them limited by a fixed number of renewals, per costs, and endless time-sensitive requirements.

While citizenship is the ultimate goal, for many, the GC does serve the practical purpose of allowing a permanent stay without having to give up on your parent citizenship for the new one. A greener pasture with a rooted status with your country of origin, if you will.

Good luck on your journey.

Here are some relevant links for your overseas settlement ride.