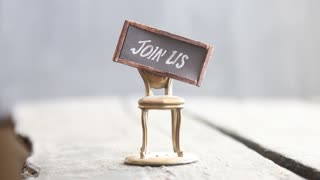 The mighty government of India is one of the largest employers in the nation. According to estimates, drawn up by the Reserve Bank of India, about 17.61 million Indians were employed in the formal Public Sector in 2011-12, including both the Central and the State government positions.

That same year, the number formally employed in the Private Sector was in the neighborhood of 12 million. The rest of the income holders belonged to various agricultural, contractual, or other informal means of employment.

Assuming that the picture has not qualitatively altered in the last few years, there seems to be still a rather large attraction towards government jobs among the people of this country. Although the gap between the numbers, in the two sectors, seems to be reducing with each passing year, with a near 7 million lead in the public sector back in 1974-75 to the latest census of a little over 5.5 million in 2012.

So, if you are moving on from under university tutelage, to your years ahead in salaried occupation, you may be poised at a decision-making juncture of which sector to choose for your future. While there are jobs that are exclusively available to one or the other forms of employment, there are a plenty of job titles that are shared between the two.

The dilemma, surrounding the choice, is then a battle between evaluating what the differences, if any, and the advantages that either has to offer over the other. In this article, we will shine a big picture light on what each has to offer and how you can adjust to your commitment based on what you desire from your career. The suggestions are based on experiences, and shared thoughts, of various employees from both worlds.

Differences between Government vs Private Jobs

We’re sure you must have heard of the Kabhi Alvida Na Kehna policies of government jobs. These jobs are often known for their steadiness in the face of variations in the market. While all industries, from textile manufacturing to the ever-popular Indian IT industry, have kept their employees on their toes and biting their nails down to microscopic scales, economic turmoil have hardly left employee casualties, in government jobs, in its wake.

This is by far the most cited advantage of a public job over a private sector one. The reason is simple. Most private sector jobs are only protected against inappropriate terminations based on gender, race, religion, and other politically incorrect factors.

However, government sector employers are bound by employee protection which makes it imperative for them to show valid cause of conduct violation in order for a termination to be executed. And this onus is an unusually large one to follow up in case of a single employee, let alone mass layoffs.

The evidence of said job security, for instance, has been observed in the US. Based on a study by the National Bureau of Economic Research on more than 80,000 workers from the Displaced Worker Survey, in the period between 1984 to 2012, public sector employees are less likely to lose jobs as compared to their private sector brethren. While this difference is 4.2% safer for government employees during non-recession years, it could reach up to a difference in 6.5% safety net during recession years.

You may think that security is enough to seal the deal in favor of government jobs, but there are layers that you may still need to uncover before you jump to any conclusions. Government jobs are notorious when it comes to growth.

Traditionally, the bureaucratic nature of such jobs leaves very little room for rewarding individual professional initiatives, stunting the career growth of their employees. Promotions are usually time based and performance, though important, is only one of the factors. Private sectors are well-known for their regard to performance and employee motivation.

Hence, rise to powerdom can be accelerated in the later. Senior designations, in government jobs, though almost invincibly powerful, may only come after years of patience, waiting for people to retire before their coveted corner office chairs can be replaced.

As is popularly understood, government jobs are known to be better for retirement benefits providing their employees a solid pension plan to make their wrinkled old age relatively wrinkle free.

However, such a security has now been replaced by the New Pension Scheme whereby pension funds are invested in the stock market and a portion of such funds are subject to the temperamental changes of the economy.

This scheme, applicable to government job recruits from 2004, is different from the guaranteed pension that previous employees have been able to access. So, guaranteed full pension returns might be a stretch.

The government, however, does contribute a matched amount in favor of the employees, which goes to the National Securities Depository Limited, and fund managers invest the money in the market. The benefits of such a pension scheme can only be assessed when the time and situation presents itself.

Private companies, on the other hand, are not bound to invest in their employee’s pension plans leaving them to execute their own grey year income means – investments et al.

Government employees, besides placing their faith in the fluctuating market, do get other benefits in their employment lifetime. They enjoy banking privileges, with often better loan schemes, travel perks, and also housing allowances that private employees may or may not chance upon.

The general consensus, and rightly so, is that government jobs are harder to crack than private ones. Most public-sector positions are opened up for a limited period of time and at a nationwide level. Applications are entertained in a set amount of time and almost all positions require an entrance examination, competing with a rather large number of candidates from all across the nation.

Most government jobs are also capped by an age limit and subject to possible affirmative action criteria. The decision-making process can be long-drawn and take upwards of months to arrive at a selection. Compare that to the other sector, private company jobs are filled based on demand and recruitment drives happen all year long as long as there is a need for new blood. Positions are filled in campus recruitment, referral recruitment, online recruitment, and through other means in usually straightforward and streamlined processes.

It is a myth that private jobs pay more than government jobs. The reality is that government jobs have quite competitive entry-level salaries. The pay commission revisions, especially the last two (6th and 7th), have also managed to elevate public sector salaries to well within the status of lucrative private sector salaries.

Take, for instance, the following obtained from the user input based Glassdoor’s data. A bank clerk monthly salary, at the entry level can be from INR 20k to over INR 50k. Higher designation entry-level monthly salaries can be as high as INR 70k and above. Senior officials tend to enjoy the bountiful blessings of monthly salaries of well over INR 1.5 – 2.0 lakhs.

The difference, when it comes to compensation, is really not so much in the salary itself but rather the time it takes to make the big bucks. Promotions, and appraisals, following a snail’s pace are often outrun by the faster career curve offered by the private sectors.

Long hours and no weekends are usually a private sector trend. Since job performances are directly related to job growth, the work culture promotes a certain level of competition, often unhealthy, to keep up the pace.

Government jobs are relatively relaxed, often lacking the shark culture, but at the same time falling back on developmental opportunities. Interactions with bosses are more crucial in private jobs. The majjani life in government jobs, however, can be rudely interrupted with transfers to locations you may not care for.

In conclusion, there are equally good reasons to sway the balance in either/or favor. The choice begins with an assessment of what you desire to achieve from your career. The when and how ultimately leads to the final choice – a stab at the security and long term gradually moving career in the public sector OR a stint at the high yield, low security, accelerated career path in the private sector.

Read:
– How to get a government job after college?
– Railway Jobs in India
– Government jobs vs private jobs: Which is better?