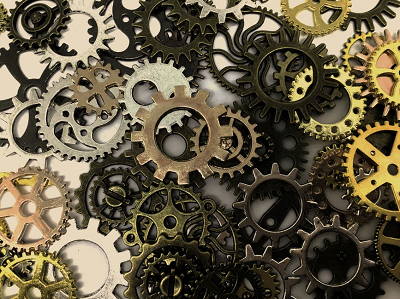 That’s not a Hollywood multi-starrer. It is the conservative estimate of the number of All India Council of Technical Education (AICTE) approved engineering colleges in this country. This does not include the Ghatotkach Institute of Technology that has put up paper ads on every lamppost in your colony.

If you were to take every institute claiming to turn everyone into an engineer, for a not-so-small fee, you would end with two seas full of them. For argument sake, let us only consider the above 10k contenders for technical shiksha, then you would have over 35 lakh students enrolled to become the bade babujis of tomorrow.

A study on engineering student employability outcomes, based on location, gender, roles, and even colleges, has been conducted by AspiringMinds, one of India’s leading employability solutions company.

In their report, from 2011, 2014, and 2016, there is a general consensus of inadequacy when it comes to engineering colleges below the top tier ones. They analysed the employability in the top 100 colleges with the rest. The study found that the likelihood of recruitment, among the top schools like the IITs or other well-known state-run engineering colleges is two to six times higher than their lesser known peers.

Of course, the range depends on the job roles. For instance, IT Product, Design Engineer, Business Analyst, Technical, and Creative, Content Developer roles are more sensitive to a top tier education as compared to, say, ITes or BPO jobs. Some of the bottom rung, perhaps even as large a group as the bottom 30-45 percentile of engineering colleges have employability of the order of single digit, or worse.

This is in stark contrast to employability in the top colleges which is in the neighbourhood of 30-60%. Read Careers in Information Technology (IT) in India.

Is it all in the name? Is it all about graduates from the lower tier campuses waiting for their number kab ayega for the lack of recognition alone? Or is it something beyond this apparent celebrity status of the IITs and Pilanis. Let’s explore what could be going wrong with the engineering education scenario in India.

Yes, some, if not all, has to do with the brand of the engineering education. Recruiters may feel just a little bit more at ease with sending the offer to someone from a top campus, as compared to tier 2 colleges. For instance, the same study found that since the number of top campuses are heavily outnumbered by the rest, there is probably a good percentage of students who may deserve an employability badge, from any of the tier 2 engineering colleges.

However, it is possible that recruiters never reach that pool, perhaps due to the recognition barrier. While there could be a good reason for such an indifference, as we will explore below, the employability numbers may still be rooted in the anti-bias against the lower rung colleges, when faced with competition with the high flyers.

After all, legacy plays an important role in recognition. The 20 odd engineering colleges from the middle of the last century have etched a rather lasting brand name as compared to the thousands that spring into action each year.

The brand also plays a big role in the quality of students that choose to enter the various tiers of engineering colleges. There is no doubt that a high performing alpha candidate would choose to target the IITs as compared to the other institutes. For all intents and purposes, the top colleges are treated as the Ivy Leagues of Indian engineering education.

But not all can be attributed to the brand name alone. A lot of the engineering colleges suffer a skill gap that plays into their lack of employability. Technical skills like computer programming, logical ability, quantitative ability, and even communication, fall behind in these schools. This shows a lack of emphasis in honing the skills that are so required in occupation in the IT industry roles like IT Product. The gap reduces when it comes to core engineering skills, though, which indicates that the schools generally rely on basic technical curriculum without the training upgrades required in the current industry scenario.

Lack of faculty and resources

Let’s face it. If there are over ten thousand technical education gurukuls, there needs to be at least a 100k gurus. Well educated, qualified, sound educators who have the backing of not just a PhD but hopefully also the ability to keep up with the industry demands and the ability to motivate innovation and research.

The quality of engineering education is also a reflection of the quality of educators, most of who lack any or all of the above merits. Most accomplished individuals seek either more lucrative positions in the country or abroad. The lack of adequate compensation and resources that encourage free scientific and technical research are also a big, mark that as BIG, deterrents discouraging driven individuals to teach.

Most of the current faculties, in the lower engineering schools, are there because they couldn’t make it anywhere else. And that is a bad place to make a start for the students.The standard of education is thus subjected to mere working towards grades and rote learning – a learning style which is totally averse to independent analytical, logical, and overall learned thinking.

It doesn’t obviously help that government regulations are being proposed to add a hundred and one levels of bureaucracy into the education system. If Indian engineers, and essentially anyone in the higher education system in India, wants a sliver of chance to excel, there needs to be an active move on behalf of the government to encourage free thinking, active international collaborations, and most of all freedom from archaic rules of bureaucratic jumping-through-the-hoops before getting an approval to do something even as basic as allowing educators, and students, to engage in conferences, exchange programs and more.

A large number of the average, and less than average, engineering schools also lack a proper channel of placing their students into the pool of prospective recruits. Placement activities require not just a large amount of time and effort in making the students ready to be picked, but also coordinating with companies for the same.

For instance, AspiringMinds observed that IT companies generally stay away from campus recruitment beyond the top 750 engineering colleges. That leaves 9k plus campuses with students who are virtually invisible to the recruiters.

Is there hope for the little people? Perhaps. There is an active request, to AICTE, to shut-down the mushrooming engineering colleges across the country. In fact, according to an India Today report, there are 800 engineering colleges that are being lined up to close its doors sometime in the future.

Though it may sound as ­hope turned down for many engineering hopefuls, in the big picture it is a start towards improving the languishing statistics of engineers in India. The idea should be focused on improving the overall standard before allowing more underperforming institutes to join mainstream education.

Policies need to be changed and students themselves should be more aware of the prospects after getting a sub-par education. Engineering, after all, is not the end all of all professional education possibilities in the country.

It is essential that students understand what they need and reject the title for a more credible degree that lands them in an occupation that they can live off and love, concurrently. Here’s a List of Career Options & Occupations in India.

3 thoughts on “Engineering education in India: Reality, hype and problems”