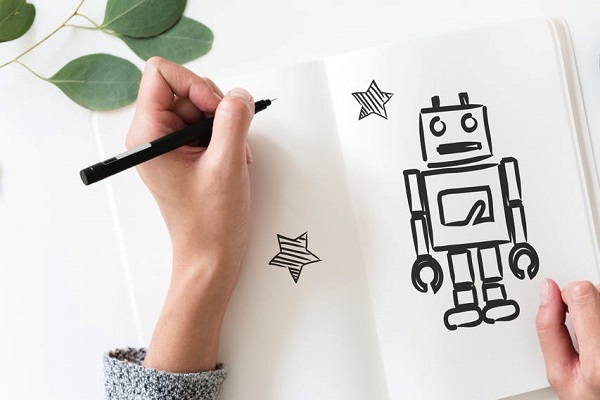 What does the word Robot conjure up in your mind? Are you thinking of the countless sci-fi thrillers inspired by the idea of a human shaped machine (the Humanoid), usually ending up as the bad guy, threatening to overpower humans only to be saved by a hero of the likes of Will Smith?

Well, you are somewhat right, although on an apocalyptic, track. But that’s not the only version or vision of Robots. Robot, a term that comes from the Eastern European word robota, literally means work. And essentially that is where its function, to autonomously work for humans, comes in.

Humanoids, androids, are just some of the versions of robots. What are more common are the industrial manufacturing, domestic, scientific research, commercial, and even military robots.

A study into creating, designing, building, and utilizing such Robots is aptly termed, Robotics. In this article, we will talk about some of the straight forward means to branch into this field, either as a hobby or as a full-fledged career.

We will talk about what takes to become a robotics whiz, take on robotics in advanced education, and what are the career prospects if you choose to tinker around with such machines for the rest of your life.

Robotics is an engineering field which specializes in the creation, design, manufacture and operation of robots. It requires the implementation of electrical and mechanical engineering in combination with computer programming.

As is almost intuitive, it requires a strong mathematical and scientific background. Although, many current robotics specialists are known to be from backgrounds ranging from computer science to psychology.

If we talk about the framework of robotics, there are three main aspects to it.

While most universities don’t offer a separate advanced Robotics Master’s program, it has certainly found significance in most Engineering and Computer Science departments, with a lot of schools running advanced research programs in Robotics as well.

What are the initial steps towards getting into Robotics?

If you are itching to try out your interest in robotics, you don’t have to wait till you are eligible to drink, and drive (not simultaneously, of course). Robotics has a fun angle to it. Seeing creatures, you design or put together, perform actions, can bring out the childhood in any one of us.

No wonder, then, that a lot of robotics interest begins at a very early age with toys and starter kits. If you are lucky enough, your school or neighbourhood may even have robotics fan clubs where young kids and adults can tinker around with tiny machines. Universities are known to have robotics clubs of their own and often conduct workshops to trigger a passion for robotics.

Robotics competitions are also quite popular, even at the primary school age. Usually organized by toy or hi-tech giant companies, they provide a hands-on exposure to building and testing your creative ideas on a competitive scale. Here are some of the popular contests.

These are certainly neither all, nor the only famous robot competitions out there. A quick research, online, can reveal many competitions suited to the local geographical, age group, or expertize level. Robotics clubs are also known to organize contests as do many universities and companies for more advanced robotics enthusiasts.

Skills and courses needed for Robotics

Robotics is a multidisciplinary field. Most undergraduate programs focus in building the groundwork for pursuing a more serious Robotics Engineering or Research track.

Such foundation courses can help you to understand the components of robotics, how you can put your ideas into a functional machine.

There are also independent robotics related courses like Industrial Engineering, Machine Learning, Artificial Intelligence, Mechatronics, Industrial Robotics, and so on.

It is usually at the graduate school level where robotics enthusiasts find the most resources to build a specialized knowledge in the field, often even venturing into research in Robotic Engineering and related streams.

Some of the common courses, at the graduate school level, include aerospace robotics, computer software robotics, automotive robotics, robot dynamics, and more.

Here is a glimpse of some of the top schools where you can pursue a program in Robotics.

Clearly this is not exhaustive and only goes to show how the famous universities have embraced a robotics culture, looking into more specialized training for the future.

When we talk about the career prospects of the robotics specialization, we have to invariably talk about the rather sensitive subject of automation in industries and the fear of how it will wipe out the need for living and breathing humans from the workforce.

There are arguments favouring this paranoia, as has been shown in papers published by the Oxford Martin School of the University of Oxford (The Future of Employment) and in a book published by MIT Professor and collaborator (Race Against the Machine), indicating a risk tailing the rise of technology and industrial automation.

However, there are other studies like that published by the Northeastern University (Optimism and Anxiety: Views on the impact of Artificial Intelligence (AI) and Higher Education’s Response), which indicates a positive consensus on the impact of robots in our workplace.

Read Will you lose your jobs to robots?

Should IT industry workers be scared of losing their jobs?

The general idea is that robots are human aids and not just in industry, increasing productivity and thus opening up possibilities of expansions and more jobs, they also provide other services which would be either difficult or dangerous for humans to perform. Such is the case with military, law enforcement, health industry, and other sectors where robots have found a safe and precise function.

Besides, according to stats in the Bureau of Labor Statistics and O-Net Online, Robotics specialists will find their demand in an increasing rate of 5%-9% by 2026.

Though conservative in this estimate, it indicates a healthy need for experts who can innovate and design more efficient robots. The salaries are also commensurate with their valuable expertise with average salaries, in 2017, close to a $100k annual.

So, if your mind bends that way and you find the idea of a career in one of future’s most integral technologies, charming, seek out your path to Robotics.