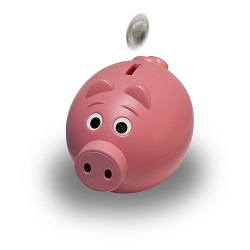 Bank Probationary officer’s job in a Public sector unit is considered as one of the most attractive jobs in terms of job stability, remuneration and even career growth as after every three to four years one is eligible for promotions. In the eyes of a government job obsessed Indian society it is a highly respectable white collar job.

However this broad brush picture might seem appealing to many and many may remain unfazed by its unsettling grim but it is always better to know the complete picture before taking the plunge. After working in a PSU bank for two and a half years, this is what I figured out the challenges were and the learnings associated with them.

Most of these are my personal experiences based on my banking experience nine years ago and I agree that things might have improved a bit but the basic issues still remain the same.

Problems and Challenges faced by Bank Probationary Officers in India

Employee shortage in Indian banks seem to be a perennial problem in government sector banks. The Reserve Bank of India has called the ten years to 2020 as the decade of retirement.

A study conducted by Boston Consulting Group titled, Indian Banking 2020, states that public sector banks have increased their manpower by a miniscule rate of 0.5 percent to achieve a balance sheet growth rate of 22 percent. This not only affects loss of skills and competencies accumulated over decades but also poses a challenge for restructuring, re-skilling, attracting and retaining fresh talent and controlling growing employee costs.

So what is the effect of this large scale retirement of senior and middle management executives and how does it affect Probationary officers on a daily basis? Well probation period, which generally lasts for two years in most banks, is a period for learning various sectors of the banking industry.

However due to lack of adequate staff members in a branch the new officers are conveniently given clerical work like handling cash counters, entering passbook, saving bank and fixed deposit sections, or any other department that witnesses heavy customer dealing with no or almost negligible exposure to other crucial departments like loans, advances or forex segment.

Evenings are followed by completing pending files and paper work accumulated over years which does not leave a new officer much time to grow and learn new work.

In rural branches the situation is more chaotic and there are times when a Probationary officer is directly stationed as the Branch Manager after the initial fifteen days of induction training which is mostly theoretical. This also affects the leave policy where an employee cannot avail one’s leaves because of staff shortage.

One of the consequences, of this demographic risk of senior and middle management retiring in such large numbers, is the recruitment of new talent. Most of the new recruitees belong to the age group of 20 – 30 years which in a way is good as they are more open to dexterity required in handling technology, more aggressive in terms of product segments and selling it.

But think about the swelling generation gap created by mass recruitment of such young employees and the paltry number of experienced employees left in the bank. Such a gap causes disconnect and threatens the assimilation, feeling of ownership towards the organization and retention of new recruits.

When I joined the bank, I had just turned 22 years. It was difficult for me to accept certain stereotypical mindsets of my seniors who felt that productivity can be measured only in terms of number of hours spent in the office rather than the amount of work completed in a certain time period.

As an officer I used to cringe monitoring a clerk, way older in age to me, about their work efficiency when they used to make customers wait unnecessarily.

So even though it is a good thing to be surrounded by seniors and know about the banking industry through their lens framed by their experiences but a millennial should also expect conflicting ideologies and might be a slow work environment from senior clerks. Patience and negotiation skills would act as virtues in this case.

With financial inclusion being one of the prime most agendas of Indian government and branches opening in remote corners of India, transfers remain an indispensable truth. It also happens to be the nightmare of any government banking official especially one who has a family.

Sadly transfers are also seen as a weapon now days to transfer honest officers who don’t comply with their seniors in terms of favoring a particular client. Not achieving branch targets can also be one of the reasons for transfers that aren’t at your preferred place.

Probationary officers are generally transferred after every six months which means during their probation period they should expect three to four transfers till their service is confirmed.

The purpose behind this is to give maximum exposure to new officers in terms of rural and semi urban banking but I have also seen some female officers receiving their initial postings in state as well as national capital during their entire probation tenure and even after their services were confirmed thanks to their strong contacts with human resource division.

It is said that failures are the biggest learning lessons, but what about those expensive lessons that you incur due to human error done unconsciously or unwillingly? What about those lessons where you type an extra zero in the financial transaction by mistake and have to pay from your pocket?

Operational risks can arise not only due to human errors but also due to IT or systems failure or failure of software. With lack of support from the officers’ union, one should brace up for such uncalled risks in their banking career.

Thanks to liberalization, bank mergers and aggressive competition from private and foreign banks, every public sector bank have their financial targets to survive in this market and also in sync with implementing government policies and schemes related to affordable housing, pension policies etc.

Chances are less that such astronomically high targets can be achieved by following bank policies and circulars only. There are times when bankers have to step out of the safety norms to bring a new account or retain a customer. With Nirav Modi case and other rampant bank scams many would think that bank officials are nothing but intrinsically corrupt.

Well not all bank officials facing charge sheet are corrupt. Some of them are dragged in this situation because they have to go out of the way and sidestep banking norms to ensure loans are passed to increase branch business and achieve targets. It is their bad luck if a loan becomes a non-performing asset or worse a scam.

Even though people think that bank employees are decently paid they need to understand that it is far less than that of a central government employee who enjoys fixed working hours and a five-day working week in addition to negligible or zero customer dealing, zero financial targets and of course financial risks.

This is not something that exists only in the banking sector but almost every industry. I did go through harassment just because I was a young, unmarried woman. People in positions of power thought that I could be easily misled due to my age as I was just twenty three years old when I was harassed. They also thought that, what they considered as friendly approach by being over-sweet to me was something I did not approve of it as I believed in professionalism.

They also thought that by showing their power, threatening me with rampant transfers, scrutinizing my personal lifestyle and commenting on my lifestyle would frighten me, but nothing budged me from my stand.

I am not saying that all seniors were like them because I received an enormous support and guidance from some senior employees but in the end I had to fight my own battle. So new women officers should be prepared how to handle such unpleasant situations and should think of a strategy or an answer to such issues.

In my personal opinion my banking experience was an enriching and contemplative one, after all it was my first job. Buoyed with new knowledge of Indian economy and how as bankers we could be agents of change I joined this industry with a view to learn from the grass root level.

I did learn a lot right from handling various customers hailing from different strata of society, their stories, aspirations and our role in fulfilling their financial aspirations; to acclimatizing myself to new cities, workplace, new colleagues and the dynamics involved in understanding them and working as a team to deliver results.

In my opinion, I learned the most from sub staff employees as compared to my boss because they knew the place and case history of each and every client, things to look out for when handling their various accounts to every other finer detail that I would have overlooked as a new employee.

Banking taught me not to be limited in my vision and to explore my hobbies. It taught me to acknowledge my blessings as I was privileged to be posted in Tier- 2 cities from where I could enroll for my French classes.

Above all the precarious nature of banking industry right from postings to client’s accounts and branch work atmosphere made me realize the beauty, essence and importance of constant change.

On a closing note do I regret starting my career in an industry which has no correlation with my current industry? Absolutely not, as I learnt a lot of soft skills at a young age of twenty two which I apply in my current profession. Banking taught me to be compassionate not only to customers but also to myself, a value so indispensable in teaching profession.

About Yasmeen Hossain
Yasmeen Hossain left her banking job to become a school teacher. She shares her experiences, knowledge and views on the Indian education sector.

4 thoughts on “Problems and Challenges faced by Bank Probationary officers”