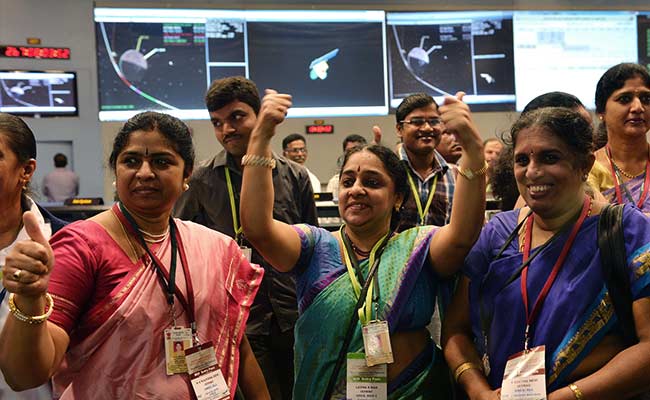 Our world-class desi R&D professionals generally maintain a low key. But when they do flex their muscles, the world sits up and takes notice.

Research & development (R&D) careers are often associated with academia and universities. However, the demand for R&D jobs in the industry (i.e. traditional & new age companies that are in the business of developing and selling products) has been growing.

An R&D career can give you the best of both (academic and professional) worlds – pushing the limits of theory as well as getting to see the practical (and ground-breaking) results in action.

Saurabh Joshi takes us on a guided tour on what it means to have an R&D job, how to break into the industry, average salaries, best companies for R&D vacancies, growth prospects and more. 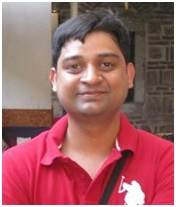 It happened twice with me. The first time was about 11 year back. I was on a train from Delhi to Lucknow and met my classmate from school after nearly 5 years.

Both of us had just started our professional careers – he was in an IT company just like my other ten thousand friends and I was in an R&D department in the automotive industry. We talked about the old times till he slowly got curious and asked me “What is it like to be in R&D?”

Again eight years later when I was doing my MBA, I was sitting at the dinner table with my MBA batch mates from the IT industry and the same question popped up.

I realised that generally I am in the minority in the corporate world, so here’s a little peek into the Research and Development in the industry.

A little bit about research and development in Industry

In manufacturing sector Research-and-Development (R&D) is synonymous with Product Development or Engineering. Sometimes the word Design-and-Development (D&D) is also used acknowledging that there is no research involved.

Another type of R&D is in Pharmaceuticals where scientific research goes into molecules for creating a drug.

The R&D department is present in practically every industry where there is a product to be developed and sold.

However, if the term ‘Research’ is used independently (without ‘Development’) it may sometimes be used for KPO firms which conducts researches on markets, financials, business models etc.

How I got a Research & Development job after college

During my fourth year of engineering, an automobile company came for electrical and mechanical engineers. It picked eight candidates after a written test, group discussion (GD) and interview.

By 11PM on the same day I had an offer in hand and I was out of placement process with 6 months of relaxed time in campus.

I was not allocated to the R&D department immediately.

Our group went through an induction program across all the departments – marketing, production, supply chain, R&D etc. Later each one of us was put in a department depending on our level of interest and the vacancies available.

For the next 8 years I worked in different projects in R&D. In the automobile industry, typically the projects are of a long duration and go through a process called ‘Stage-Gate’.

The whole process from concept to launch of a product is divided into various stages with quality, time and cost constraints. A major project may last for 4-5 years while smaller ones may get over in a year or so.

A typical day in my life as an R&D professional

From 8:45 to 9:00 a standing meeting within department to share status and set an agenda for the day.

Next 20-30 minutes would be spent on catching up on emails.

Usually there are 3-4 meetings in week so if there’s a meeting on that day, I would review my preparedness. If it is on another day I would shoot emails to concerned stakeholders for the required data, conduct my analysis and hold discussions.

The second half goes more or less like the first half.

The day gets over before you say ‘over’.

After the official hours (i.e. 5:30 pm), another 30-60 minutes would go into reviewing the overall status to see what I missed or do I need to stretch the day further.

R&D in India and Abroad

Over the years, R&D in India across industries has now evolved from technology transfer units to self-sufficient independent centres. However, presently only a few Indian organisations are working on cutting edge technologies.

In recent years though there has been some serious push from the Indian government to improve the R&D capability. As a result several MNC’s are now setting up their R&D centres in India.

Despite a late start there have been some very significant breakthroughs by Indian organisations.

For example, consider Mangalyaan – the Mars Orbiter Mission by ISRO was India’s first interplanetary mission and ISRO became only the fourth agency to do so.

Tata Nano created history for being the cheapest car at $2500 when some global MNC’s categorically declared it impossible to achieve.

How to get an R&D job in the industry

Get in early if you want to have a career in R&D.

To become a part of R&D, one should target those profiles at the start of one’s career. A lateral switch from any other function is unheard of in the industry.

One needs to have a technical background and also a strong inclination for technology. In manufacturing in India, the bulk of the manpower hired is B. Tech or B.E.

However the requirement for diploma holders and ITI is also quite good.

Profiles with higher qualification like M.S. and PhD too have significant demand.

In this profile, one grows as an expert in a particular technology. However by virtue of his interactions, he develops a cross-functional understanding other technologies too.

Generally after around 8-10 years managerial aspects also get introduced in one’s profile.

Eventually at senior level one may go on to become a Chief Engineer and lead the complete product development cycle. In some organisations especially abroad one may choose to stick to the technical stream and become a subject matter expert.

The learning curve is very steep in such profiles hence the real returns come only after spending a considerable time in one profile. Also R&D in every organisation has its own unique culture.

Committing to one organisation for the long term reaps a lot of benefits, as several opportunities get created both within and outside the organisation.

Sometimes the profile may not look very glamorous since almost all the projects are strictly confidential and are not discussed openly. However within the organisation it commands a lot of authority and power.

In govt sectors there are some real good R&D profiles offered by ISRO, BARC and DRDO – these are pure play Research and Development organisations.

Attractive opportunities are also available in other PSU organisations. The entry is through either GATE (Graduate Aptitude Test in Engineering) or the organisation’s own written exam.

The growth in R&D opportunities can be seen in the electronics industry also with Samsung, Siemens, Motorola, ST Microelectronics and other companies that have their R&D centres in India.

The salaries in R&D as I have seen are always pretty good and have been a notch above the IT companies in both private and govt sector.

At entry level anything from 5-7 lacs can be expected in a good firm.

For young engineers international travel for technology absorption and capability building is quite common.

Such kind of international stays are generally all expenses paid in addition to your salary in India which goes as 100% savings.

Author Bio: Saurabh Joshi has over a decade of experience in the automotive industry. He is a keen follower of industry trends and business market. Share your thoughts and queries for him in the comments section below.