Jobs in Indian NGOs (full-form: non-governmental organisations) have been shrouded in mystery for far too long. This kept the industry deprived of the key skills and crucial resources, ranging from money to talent.

NGOs like Dasra started by seasoned professionals with Ivy League degrees and prior corporate experience are trying to change the way non-profit organisations (NPO) are perceived and operated.

Mridhula Sridharan, who has a post-graduate degree from the UK, decided to leave her corporate career to join Dasra. She takes us through the trails and tribulations that got her an NGO job in Mumbai.

My NGO work experience in an Indian Non-profit organisation 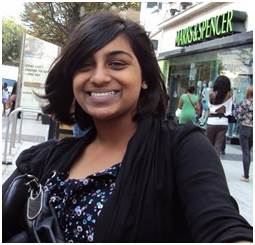 October 6th 2015 (the publishing date for this article) marks one year of me being a non-engineer. Sigh! I do miss CATIA and NX sometimes. In my previous avatar, armed with a Masters in Mechanical Design, I used to work for Tata Technologies (A Subsidiary of Tata Motors) in product life-cycle management.

I have always been a nut for politics, must be my Tamil blood but during my stint with Tata I began exploring the world of public policy. It was during my random Google search that I came across Takshashila Institution in Bangalore run by Nitin Pai (A blogger for Mint).

I enrolled in their Graduate Certificate in Public Policy course. My cohort comprised of people wanting to join the civil service or policy think tanks or transition into the social sector.

It was quite shocking since I had no proper plans and just wanted to see what the course was all about.

In order to contribute some useful bits to the discussions in the classrooms, I began researching about the social sector and came across many interesting fellowships, organizations that I could potentially consider working for.

It was not that I hated my job and wanted out, but the more I researched the more I understood that my skills can be better utilized elsewhere. I could manage an engine’s lifecycle for Daimler or I could step out and help an organization raise capital for poor women in rural Maharashtra looking to start their goat insemination business.

During one of my many late night Google searches, I came across Dasra. While looking at their website and reading about what they do, I knew this place would be ideal for me.

From the very start I was sure that I could never be part of an NGO that works directly with beneficiaries.

I honestly don’t have the emotional quotient required for that kind of work and hence an intermediary would definitely work better for me.

Then the rest somehow was simple, I applied for a job in the Mumbai NGO within the funding and collaboration team through their portal, and I got called for an interview.

The interview process was long and thorough. I first received a call from the talent management department to generally discuss my background and my interest in Dasra.

After which I had a quick 10-minute call with the head of the funding team to discuss my skills. My interviewer later told me the quick call was to help them ascertain skills and quickly map it to Dasra’s various verticals.

At Dasra, you can apply to any department based on interest, but the talent management team will map your skills to the required skill set within Dasra before an interview begins for a specific role.

My first in-person interview was with a manager with the funding team and an associate from another department. The interview round was fairly straightforward with questions about my aspirations and my intention to join Dasra.

Dasra’s model is quite complicated and they asked me to explain whatever I understood from the website. Then the interviewers walked me through Dasra’s process and I had specific questions about Dasra’s corporate engagement that was answered by the interviewers.

This round was more about me trying to understand Dasra’s work and the interviewers trying to ascertain if my personality would be a good fit for Dasra.

Post that round, on the same day I had another interview with head of the funding team and manager in another department.

This round was fairly technical. I was asked about my skills and experience and especially my project management and product development abilities.

After a grueling one hour I was told that Dasra will come to a decision in 2 weeks time and will inform me of the same.

Soon enough, I got the offer letter.

Life as an NGO worker

My expectations were quite frankly really low, not because I was not impressed by the people or by the organization, I was switching careers and I didn’t even know if I was making the right choice and I had no idea what I should expect from my role.

By the time Dasra offered me a job, I had an alternate offer form SBI youth for India fellowship as well. I decided to go to Dasra first in October and depending on how things pan out, take up the fellowship in November if needed.

On my last day at Tata Technologies, I had a nervous breakdown and almost withdrew my notice. I knew I was not ready to leave a cushy job, move 2000 kms take a salary cut and work in a sector I had absolutely no clue about.

But with encouraging words from my family, I finally arrived at Dasra.

At Dasra I work with the Funding and Collaboration team and I’m responsible for corporate donor management and CSR.

A large portion of my job description involves interacting with donors (corporates, institutional and individual funders) to understand their interest in the sector and channel their funds strategically to organizations within Dasra’s network.

A typical day in the life in an NGO

An average day at Dasra is filled with meetings (Gosh! We have so many), speaking to NGOs, to donors and filling up timesheets.

Some days are interesting, some days are just admin work (those days are the worst). But on most days we spend high-fiving-ing each other for successfully challenging funds to a NGO and helping it scale.

Some days I also spend time sniggering with my boss, who is also a mechanical engineer about Fast Fourier Transforms and Vibrations in machines when no one is watching or listening. As an engineer I’m in the minority at Dasra. Which is surprisingly nice.

My first month at Dasra was really tough. For an introvert like me Dasra presents a culture shock; almost everyone is an extrovert.

Since I came in without any expectations about my role and my organization, I was pleasantly surprised. My role was well defined and I could very early on see how I fit into the larger scheme of things.

The learning curve was quite steep as I had to learn to pitch Dasra to donors, plan events, create proposals, go on site visits to other NGOs, create pipelines of corporates for potential engagement, develop new methods of donor engagement, it took about 6 months to get a hang of my job. But I learned more in those 6 months about myself than I even did in the past 20 odd years.

When I decided to move to a non-profit, my first priority was to try and find jobs that matched my skill sets. I initially wanted to work for Janaagraha in Bangalore, fresh out of my public policy course, it seemed like the right thing to do.

During the course of my interview I realized the gap in my skill and their requirements. Lot of non-profit organisations find it difficult to train people unlike the IT sector and hence prefer people who come with skills they need either through education or prior work experience.

My suggestion to anyone looking to make the shift to NGO jobs, map your skill sets. Don’t worry, mainstream work can be easily mapped to a non-profit vacancy.

With my exposure to pre-sales and project management I snagged a job with Dasra’s business development team.

As I started getting a hang of my job and started talking to people around my knowledge about the social sector and opportunities within the same increased.

In my next blog, I write about career options in Indian NGOs, interesting organizations and what one can expect after taking the plunge.

About Mridhula Sridharan
While not working to ensure financial freedom for women, Mridhula Sridharan spends most of her time gaming and reading manga. She has a Master’s degree in Engineering from the UK that she hopes will come in handy when she becomes a social entrepreneur.