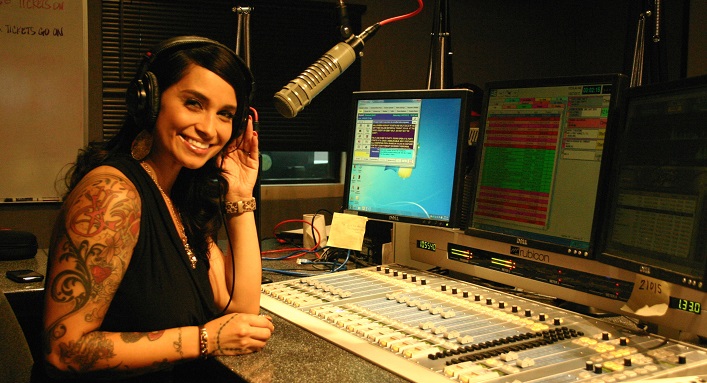 We kick off our series of guest posts by inviting Raazgi Haidri, radio show producer with a top radio station, to educate us and our readers on jobs and careers in radio broadcasting .

When you hear a Radio Jockey (RJ) dominating the air waves, it’s easy to assume that’s the only job in a radio station. Behind the RJ, who enjoys the lion’s share of the limelight, there is a whole group of technical and business professionals who make the radio show successful.

What are the different types of radio jobs? What does a radio professional do on a day to day basis? How much salary can you earn in radio jobs?

Radio Careers and Jobs in India 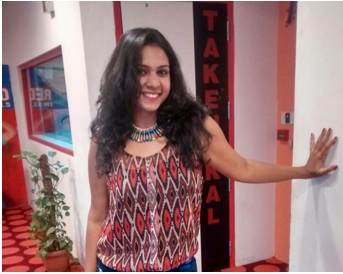 As I write this post, Chaar Bottle Vodka is playing on the radio set sitting next to my desk. Three others are sitting in a corner, while one of them plays guitar and the other two sing along. This is a regular day at a radio station.

I’m Raazgi Haidri, and I’ve been a radio show producer for the last four years.

How I got a radio producer’s job

I was a good student in school. After I scored well in my SSC exams, my neighbours, relatives, parents and, eventually, I, decided that I must join the science stream. Like every electronics student in my class of 80, I joined a coaching institute to prepare for the IIT-JEE.

Soon, I realised that physics and chemistry were not my cup of tea – and I paid a heavy price for this realisation (coaching fees + an expensive science college + lots of confusion). But I believe every time you do something you don’t want to do, you are one step closer to what you like to do. I enrolled in a popular programme for a bachelor’s degree in mass media, and dived into the college experience.

I started participating in college festivals in the radio category and winning prizes got me interested in the medium. I started reading whatever was available on the Internet, about radio.

There were only six commercial radio stations then, and after umpteen emails and phone calls and incessant follow-up emails, I landed an internship with one of them. They liked my work so much that they hired me as a full-time producer, and that is what I’ve been doing for the past four years.

Various roles and vacancies in a radio station

Every time I tell someone that I work with a radio station, they ask me if I am an RJ. No, I’m not a radio jockey. A radio show producer works closely with an RJ. The producer churns out content for the show, conceptualises campaign ideas, writes parodies, and decides what the show is going to be about every day.

Think of it like Francis Ford Coppola behind the inimitable Marlon Brando as Don Vito Corleone.

This doesn’t mean that the producer writes a script for the radio jockey. RJs are spontaneous speakers and give their own takes and perspectives to the content plan prepared by the producer.

The RJ-producer team is responsible for the show and driving listeners towards the show.

Life as a radio producer

My job is to capture the pulse of the city and get the RJ to talk about issues and topics people care about. From satirical campaigns blasting the BMC for their pothole-ridden roads to telling people to not honk, radio is used as a medium to connect the people of the city as one community.

A lot of times, producers play on air characters to add flavour to the show. This satisfies one’s hunger of being heard on air too. I have been playing a character called Chhoti Daayan for the last 3 years.

I am constantly all ears for anything that can be interesting and make for a lively conversation on radio (We once accosted men whom we had seen staring at women on the street, and asked them why they stared or ogled. The answers were hilarious.)

The producer also has to be well-versed with the use of sound editing software, which is used throughout the show. By the time a song is about to end, my edited sound byte should be ready for play.

Work timings are a bit odd if you are assigned a prime-time show, but you get used to it. The producer also has to track the competition, prepare and submit weekly reports, make presentations, execute campaigns and attend brainstorming sessions.

We work in a highly competitive market where we are responsible for the weekly ratings of shows.

The creative content of a station is led by its programming director (PD), who has an associate PD under him/her, followed by the producers of all the shows, a creative executive, etc.

The music manager of a radio station decides, based on research, which songs shall be played on the radio station.

The sound engineers help make the identity of the station by giving it a distinct sound – the station jingle, show jingle, other jingles for campaigns, etc.

The programming team also has a branded solutions unit, which consists of copywriters whose job is to integrate brands into the fabric of the show.

Then there are the sales guys, who sell ad spots and spots in the show to clients who want to advertise on radio.

A marketing team establishes tie-ups with other brands based on a campaign objective. For example, our radio station had a tie-up with a music school to organise an indie band concert every weekend.

How to get a radio job

My advice to anyone contemplating joining this industry is: give it a go! There is no graduate degree prerequisite for joining a radio station, other than a passion for the medium.

We have seven commercial radio stations in Mumbai and vacancies are few and far between. Yet, if you pursue it well enough, you will eventually get your foot in the door.

Most creative profiles at a radio station require the candidate to intern with the company. While mostly unpaid, the internship teaches you what no book can: how an actual radio station works. And if the candidate shows promise, she is generally hired.

Radio is a local and live medium. You should be an open-minded person ready to go to any corner of the city and talk to strangers, to get a good story. I once went to the gutters of Zaveri Bazaar to talk to the people who extract gold from the nullahs there. Literally. I am not kidding.

Career growth in a radio station is good, too. Considering that most people join radio very early in life, reaching a managerial position takes anywhere between 4-6 years.

The money in the beginning is not as great as your average engineering job, but it is definitely better than a lot of other media jobs.

As you get more experience, your pay rises considerably. Just glance at the cars parked outside any radio station and you will agree with me.

Radio is now entering an exciting moment; Phase 3 of the auction of radio licences is expected soon, which will lead to the opening of many new radio stations.

Though it will take time to materialise (like all government processes), it is a development that all radio stations are preparing for.

The work environment of a radio station is very casual. Pranks are encouraged; cricket is played in the office corridor and we’re listening to music all the time. We work like everybody else; only we have fun along the way. Abhi Toh Party Shuru Hui Hai – that’s not me, it’s the radio again!

33 thoughts on “Radio Careers and Jobs in India”