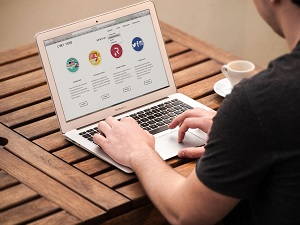 Do the fluctuating internet speeds frustrate you? Do you feel an abhorrent anger towards your ISP when your online movie stops streaming in the middle of a well-deserved punch? Do you feel insignificant when you see a decline in “likes” on your profile picture?

If your existence is stirred up with the strength of your wifi connection, then you have clearly entangled yourself quite deeply with the phenomenon of Internet. It is hard to imagine that life advanced for several millions of years without earth’s creatures finding a social network, to fiddle with, while taking a break from meteor showers.

Over the past few decades, internet has exploded, changing how we behave, speak, learn, and even work. In fact, it has given birth to a whole slew of skills, jobs, and business techniques, that never existed before. An evolution merely a few decades old, if you will.

Take a minute to ponder the expanse of internet’s influence. Virtually every device is being installed with internet networking capabilities. Digitalization is full on and you can no longer stay away in the shadows living a life of a luddite.

Perhaps the most dominant influence of the evolution of internet has been in the birth of new jobs and a change in the nature of jobs that already existed. In this article, we will discuss some of the many directions internet has taken jobs and businesses.

How the Internet has changed the world of business and jobs

In 1994, Times Magazine published an article and we quote, “The Internet was not designed for doing commerce”. Many other newspapers, and experts, concurred in unison, snorting a “The Internet? Bah!” along with Newsweek’s published sentiments.

Seems funny now, but not many people believed that the internet was going to be anything but a playground for slouched geeks, tinkering around with painfully bland interfaces and codes. Fast forward a mere few years and there are currently hundreds of billions of websites, dominated by private proprieties who have a service, a product, or simply a thought to market.

Ever since the National Science Foundation lifted its internet regulations, back in 1995, and Netscape became public, ecommerce has taken the web by storm. Ecommerce, as we now understand it, combines technology and business using mobile technology, e-banking, online warehousing, supply chain management, online transactions, data encryption, and more.

Thanks to the advancements in ecommerce, you can safely buy a pair of diamond earrings even before you manage to get your morning coffee served. Some of the features of ecommerce include the following.

One of the biggest advantages of ecommerce is its efficiency. These processes are usually extremely streamlined thereby reducing costs as well as time and energy. Barriers of distance are lifted and anyone with a functional internet connection can buy, sell, or simply advertise their creation.

Since Internetzilla came to take over the world, it has also become a portal for reaching out to a wide audience for e-advertising, or online marketing. Unlike broadcast advertising, online display advertising uses cookies to create a consumer profile, thereby customizing target audience based marketing techniques.

Whatever the means maybe, the essence remains about the internet, utilizing the same to reach a target specific consumer. Online advertising is practiced using one of the following means.

This world of advertising never existed before the internet and has now surpassed traditional broadcast campaign revenues, showing an unstoppable influence across the globe and industries.

Gone are the days when people responded to the classifieds section for jobs. These are the days for global online recruitment, meaning you can get hired for a job in New York while sitting in a studio apartment in London. Besides referral recruitment, this is one of the most common ways to get your resume into the to-be-hired pile. Recruiters alike are widely using this schema to reach out to deserving candidates that they would have been otherwise unaware of. LinkedIn, for instance, is teeming with recruiters hunting for able talent. Internet makes this wonderful symbiotic relation foster within a few clicks and searches.

Even the way we do daily business has seen a change in philosophy. Working from home is an accepted and viable option, especially for individuals who work from a distance or are unable to leave home for various reasons. Business conferencing, and meetings, have simplified. Distance has become irrelevant and business never really has to take a pause for traffic.

Anyone seen any postcards lately?