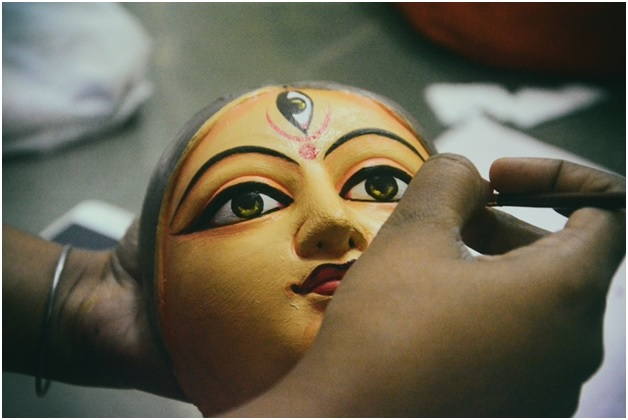 Is there really such a thing as an appropriate job for women? Are the best jobs for females in India different from those for males? Are we supposed to believe that women should only stick to a few professions?

The answer is a qualified NO!

Firstly ‘coz we are well into the 21st century and if you are still sticking to the belief that women can only perform certain chosen jobs then you are in dire need of a social update.

And secondly one needs to consider the definition of a job. You see what we traditionally call one is probably the well understood produce-or-provide-a-service-for-a-compensation variety.

While crucial for the economy, of a nation, so are the unpaid or invisible variety that are also responsible for economic growth. So while homemakers may not be bringing in the monthly cheque, their services are actually crucial to create the backbone of the visible work force.

So the next time you see a matrimonial ad asking for a homely girl willing to cook, wash and take care of the man of the house, make sure the said-homely-girl asks for a hefty salary for the services provided. Just a thought…(Read Options for stay-at-home careers for women)

So, moving on to the visible work force, let’s just go ahead and explore why this myth of this is not a woman’s job needs to get busted. You see, the society, at large, is under the impression that women are incapable of doing certain jobs.

This is owing to the unreasonable reasons such as women are bad at logic, they can’t add to save their lives, they are not good leaders or the infamous mard ko dard nahi hota hain while damsels are forever getting distressed – your everyday discrimination against women.

So let’s hasten to the crux of the rant and begin listing the professions where women are kicking some serious backside. We are going to talk about five professions that have traditionally enjoyed a man-stamp. The picture is far from perfection as the number of women, involved in such professions, is still very small. But the intention is to compensate the lack of count with inspiration and awareness.

Best (Untapped) Jobs and Careers for Women in India

No one’s discrediting the contribution of men, in sports, but think about the number of times you have heard a little girl being asked to not play outside. Your skin will tan under the sun. How can you compete with boys? Haaye haaye, how can you play outside in ‘knikkers’!!

This article couldn’t have come at a better time than this year. 2016 saw some of the best female athletes excel at Olympics. Who would have thought that an Indian girl, from Haryana, would have brought home a medal for wrestling? Or women who excelled at badminton and gymnastics for that matter! Sania is now numero-uno in women’s double’s ranking in tennis.

Maybe we should look into the possible sports fellowships offered by the government, to women. Maybe it is time we realize that investing in athletes, early on, is essential. That maybe there are many more potential sportswomen living in obscurity.

The Olympians, and many other unsung sportswomen, have opened up a window to a whole, relatively unexplored, profession for women of our country. So, are you game?

After the success of Mangalayan (Mars Orbiter Mission or MOM), the cheapest ride from Earth’s orbit to Mars’, a photograph of ISRO’s women scientists became viral. In a society where women are generally not trusted with numbers, these women became the face behind the Ola-like-rates-of-less-than-15rupees/km satellite trip.

Moumita Dutta (Project Manager- MOM), Nandini Harinath (Deputy Operations Director-MOM), Minal Rohit (Project Manager-MOM) and Ritu Karidhal (Scientist-MOM) are Mangalayan veterans. There are over 3000 women scientists and engineers making up for 20% of ISROs brilliant population. You see, it is time we realize that men can be smart and women can be smarter.

Currently, about 30% of the software industry workforce constitute women. A study by University Grants Commission, in 1999-2001, showed that women’s involvement in Science and Engineering had risen from a pale 1.5% in early 1980s to over 16% in the late 90s.

A study by The Association of Academies and Societies of Sciences in Asia (AASSA) also showed a rising trend in female participation in research and female recruitment in scientific faculty positions, from 2004 to 2008.

The gender gap is still stark and a long way from perfection. The reason for the gap is quite intuitive. The lack of a social structure that supports demanding work after marriage. Some even cited a lack of proper opportunity.

The Government now has schemes and grants, in place, to encourage women in science to apply for research fellowships and even return to active research after a significant hiatus (Read Career in Academia-A Woman’s Perspective). They also have policies to ensure child care leave for women who need a break for family.

So how about we don’t let the smart ones disappear from lack of opportunities?

There are now nearly 550 all-women’s police stations and about 6%, of all cops, are women, across the country. In fact the history of women, in law enforcement, is not new. The first ever female cop was appointed back in 1933, in Kerala.

Over the years we have witnessed an increasing participation but you see there is still that annoying gender divide which prevents policewomen from getting promoted as fast as their male counterparts.

According to the Commonwealth Human Rights Initiative (CHRI), only 4% of the super duper high official designations or the post of inspectors are occupied by women. With the recent 33% reservation for women, in the force, we might see an increase in the statistics. But it still has to become a part of our thought process that women are actually a necessity in this profession.

Victims of domestic abuse, rape, harassment and even crimes against children, feel more comfortable in reporting to female cops. They can be objective, sensitive and even more intuitive towards solving crimes. Very Miss Marpleish!

And did you know that there is an all women’s squad at the Indo-China border? Try getting that buffed up guy, at your gym, to sign up for rigorous and dangerous missions at high altitudes, and you will see a grown man cry! Did you also know that an all women Indian Formed Police Unit (FPU) was sent to a United Nations Mission, in 2007, to Liberia? The unit returned home after successfully serving for nine years, being the first ever all women police unit in UN peacekeeping efforts.

And oh! Have you heard of Avani Chaturvedi, Bhawana Kanth and Mohana Singh? They are the first ever female flying cadets to fly fighter aircrafts. So how about we just give the snarky comments on women drivers, a rest.

Women really don’t need men to protect them. You see they just need to be taught to take care of themselves. Here’s to the new fairy tale protagonists, damsels who aren’t in distress but instead who bench-press!!

When Forbes ranks four Indians among a list of 100 most powerful women of 2016, you know that these ladies are fearless in getting down to business. Arundhati Bhattacharya of SBI, Chanda Kochhar of ICICI, Kiran Mazumdar-Shaw of Biocon and Shobhana Bhartia of Hindustan Times Media are Forbes’ picks this year.

Next year, it could be any of the 8.05 million establishments owned by women entrepreneurs, in India (Numbers based on the Sixth Economic Census by the National Sample Survey Organization). It is only 14% of the total number of entrepreneurial businesses, in this country.

However, you’ve got to hand it to these women, majority of whom are from social groups that have not traditionally enjoyed societal advantages. These she-bosses employ a total of 13.45 million Indians. Most of these businesses are self-financed. So clearly, with the right kind of donations, aids and grants (For example The Stand Up India Scheme) and training (Read Business School reeling in Women Candidates), we will find an answer to not just gender inequality but also help employment and economic growth.

The first woman in India to get trained in Western medicine was Anandibai Joshi. She received her MD in 1886, from United States, in a time when women were barely getting an education, let alone traveling to foreign lands to get a degree.

If you move to the present times, female medical students comprise over 50% of the candidature. Unfortunately most of the female would-be doctors drop out of active practice and we lose out on several potential healers. Only 17% of practicing doctors are women, according to a medical journal (The Lancet), published in 2011.

So there is no doubt that women can crack that monstrous thing they call a medical exam, but when the dust settles and its time to pursue a post graduation degree, the gender gap makes it one female doctor for every three male doctors.

So while women certainly have the mettle to become doctors, the balancing act of keeping up with the demands of family and profession makes the latter fall short. (Read Balancing Career with Motherhood) It is time we realize that it is not just enough to educate a girl, it is also necessary to motivate and encourage her to pursue her education to a fruitful profession.

These listed jobs are by no means exhausting the possibilities that women have and can reach. India is decades ahead of the US in having a woman lead our nation. Women in this country are active in politics, education, media, arts and what have you.

Haven’t you heard of the women in Gir forest rescuing wild animals, picking up leopards from sticky situations as if they were picking carnations? You see it is not that we are unaware of women’s potential, in this country, but just that we need to get reminded of it every now and then.

Women are not weak and submissive!

They shouldn’t be tethered to some unwritten moral code and constrained by patriarchal self-serving traditions! And most crucial of all, women are NOT incapable of living their lives on their own terms and incomplete without a man!

These are only labels which have stuck to women for an already inordinate amount of time. It’s time we rip them off!

So to respond to the header, the answer is endless.And while the women in the above professions can inspire us all, it is only the rest 600 million, together, who can bring a change.

1 thought on “Best jobs for women in India – Endless possibilities or a few?”