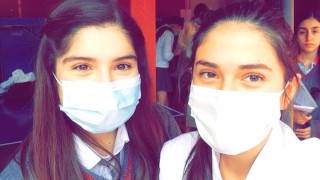 The ratio of men vs woman scientists is skewed. And there are several unconscious behaviors that add to this disparity.

Take for instance, research paper authorship in STEM. Even the first world countries face a dearth of women academicians, sharing a measly 25%, or even less, women in Physical Sciences, Computer Science & Math, and Engineering, in the land of Trump. The UK, Australia, and the otherwise politically correct everything, Canada, are also somewhere in that neighborhood, based on an Elsevier study on Gender in the Global Landscape.

Clearly there is a problem. There are far more number of male scientists than females, especially in the non-Life Sciences fields. There are those who favor an explanation rooted in brain matter differences between the logical abilities of men and women. A concern that has been long studied, analyzed, debated, and turned back into a concern, for years.

I will, instead, talk about nurture rather than nature, general behavioral trends, and even an unfavorable system, that seem to be pushing women towards choices that keep them away from the doors of a scientific lab. I have laid down my thoughts and opinions, along with some studies to reinforce my claims. If you don’t agree with my opinions, comment yours with civility – a plea for padho aur likho, magar pyaar se!

So, here it is. My take on what’s screwing women’s chances of penning their names on the next scientific journal. Welcome to my rantings.

A spectacularly clever marketing gimmick and parents have long since been lapping up the blue, for little boys, and pink, for little girls, color coding system. What more, you will find bejeweled baby girls, complete with a princess doll, a faux kitchen set, and an easy bake oven. Yes, I do understand that kitchen was the only room a woman ever had for herself, a few hundred years ago, but how about keeping up with changing times? How about a more appropriate gift for a child in her formative years – a book, an abacus, or perhaps even an occasional soccer ball?

A soccer ball? Well, ‘coz studies have shown a correlation between outdoor games and learning development. The exploration, risk-taking, experimenting, discovery, victories and even losses add towards cognitive development, enhanced motor skills, and even the ability to absorb knowledge. Some of those games can increase concepts of comprehension, social interaction, and lay the foundation for an understanding of spaces, geometry, and problem solving.

Even if you leave the neural development aside, the initial onset of harmless discrimination seems to confirm the differences between boys and girls from an early stage in their lives. Interactions become measured and negative stereotyping takes over, including the so called one about girls’ ability to do math.

In fact, according to a study by the American Association of University Women – Why so few? Women in Science, Technology, Engineering and Mathematics – unequal cultivation of talent is one of the major reasons why young girls fall out of love with math.

You should at least try to study well to get a “good” boy is what I was told once, by none other than a teacher. Hmm…well, I wouldn’t call that her best efforts at inspiring the spirit of education – a resume with a BA, BSc, and a Mrs…

Though a lot of Indian parents drool at the thought of letting their sons, and daughters, “do Science” at school, the strength of women in science careers is more than often compromised. Before you start tch tch’ing, the same is true for other countries that are otherwise generally more popular for gender parity. USA, UK, Canada, etc, are all afflicted by the “leaky pipeline” syndrome. The share of women, even up until the PhD level, is far more than the number that survive in a later career.

Take the instance of the Imperial College, UK. Starting with a small proportion, 35%, of female undergraduates in the STEM disciplines, their numbers drop to an even lower 15% by the time they enter their initial career.

More often than not, the reasons are rooted in balancing motherhood and careers. With an already endangered participation in STEM fields, they are the ones that get hit by the leak the most. The intensity of academic tenure track positions, establishing a career in research, runs a parallel and inconsiderate track to any personal aspirations of a woman with family and children.

According to a study, women in sciences with children are 35% less likely to begin a tenure track professor position, than men with children. And even if they do enter, they are 27% less likely to achieve said tenure. Unforgiving maternity leaves, and the clash of intensive tenure track demands, play into the early goodbyes. Only a fistful of universities provides a paid maternity leave of 6 weeks, with an even fewer number of research universities availing this paid leave to graduate students, postdoctoral students, and other researchers.

A system in need for a leak repair, leaving the circumstances broken enough to leave research and search a good boy instead!

When silence is not golden

At the risk of sounding like a playlist with one song in an infinite loop (the broken record analogy is pretty obsolete to the post millennial generation), discrimination at a young age can lead to an enforced lack of social interaction. Lack of such interactions may cultivate into a behavioral reservation in later years.

An average class of Engineering, Math, or Physical Sciences, usually has a room full of men, with a small cluster (if there are enough to form one) of women sitting together against a wall, following a trend of inert classroom participation confirmed by years of study.

The picture is not very different in later post-graduation education. Scientific conferences are usually bubbling with discussions, chats, and even on-the-spot collaborations among male scientists, while quite a few women try their best to mold into the dreary furniture, barely speaking up to even ask questions. This disproportionate behavior has been studied in a paper published in 2017. Even in cases where women have shared a majority of presence, men still led the questioning by an average of 1.8 times for every excuse me or sorry if I may openers posed by females.

The feeling of an academic chilliness, felt by female scientists, is often quite embedded and needs to be resolved at the root level. Beti padhao needs to evolve further into not just providing an opportunity for education, but also addressing the lack of self-esteem, and the often-unwarranted need for recoil, in lieu of self-preservation, in occasions that warrant a show of confidence for the sake of academic reputation.

And while I fume here, gradually turning into a raging green Hulkina, the manifestations of inequalities from the pre-pubescent age to adulthood in academia, are eating away the academic reputation, and potential, of female researchers. Consequence?

Studies on international collaborations, a means to broaden research capabilities and exchange of ideas, shows that women generally collaborate less than men. In the US, only 315,613 (25%) female STEM researchers collaborated internationally compared to the 653,144 (30%) male scientists who followed the buddy-buddy research network, between 2011-2015. Other countries didn’t have an alternate, or shinier, record as well. In the UK, female scientists accounted for 136,780 collaborations, whereas males outshined at 296,137.

Male dominated fields have the tendency of alienating female members, done often quite unconsciously. In fact, there are studies about this phenomenon – The Matilda Effect. Male scientists generally tend to cite papers authored by other men, and there is an underlying perception that men tend to do more credible work than women. This kind of unfounded perception carries on beyond the circle of academicians. Swiss researchers have shown that even the media tends to rely more on male, than female, scientists when it comes to doing public scientific outreach and engagement activities (source).

Other studies have also reported a slower career progression for women in science, as compared to men. The gender gap in STEM careers in propagated by certain perceptions. Being a man is considered a positive, and a certainly unfounded, predictor in a thesis supervisor, women spend a longer part of their career not updating their name tag from Assistant Professor to Professor, and even hiring patterns, salaries, and research start-up funds, quite unfairly, don’t favor the fairer sex.

Perhaps, a good reason why more women are not rushing to find their place in the world of scientific research.

Goes without saying that these are phenomena that have not gone unnoticed by researchers and policy makers. In fact, government policies over the globe, the National Science Foundation, the European Commission, The European Institute for Gender Equality, several other Asian organizations, and even individual universities have been researching, and supporting policies that create a balanced scale. But even with all the support of tall organizations and big governments, the basic idea really hits closer to home, the place which lays the foundation of learning and curiosity.

Give the pink a rest and let the girls go out and play.

1 thought on “Why are there more Male Scientists than Female: Statistics and reasons for the skewed ratio”