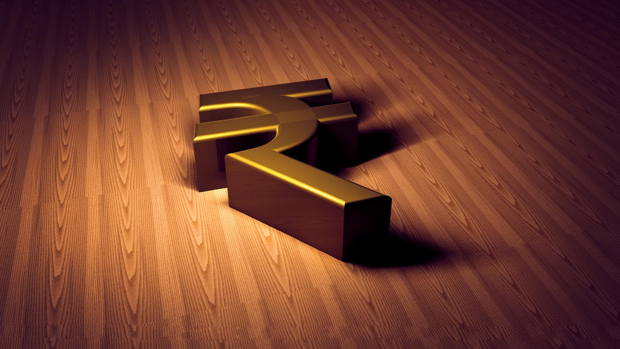 If you were to ask a random person in his 20s what an ideal career would be – an overwhelming majority might say an MBA, culminating into a consulting or investment banking profile at one of the McDaddy firms – McKinsey, Booz, Goldman and thereabouts.

You being a curious soul automatically ask why? – Money and social bragging rights, duh! Salary plays an important role in one’s career choice. Not to mention potential parent-in-laws ‘wettin their nickers’ for MBA grooms and brides. As my grandfather would put it – ‘life set hai’. But…and there’s always a but!

Let me share two real stories in this context:

I have a friend from college (engineering, obviously). In our youthful utopian years, we both wanted two things: avoid 9-to-5 boring jobs and make tons of money at the same time. Actually three – we also wanted a girlfriend, but never mind. Not relevant here.

So, to give flight to our uber-cool aspirations, the more intelligent of the two of us went on to do his MBA from one of the 19 IIMs (20th opened as I write this), and luckily got picked up for a consulting role. Now, he jokes that he still works 9-to-5, except, it is 9 AM to 5 AM now! Well, he’s exaggerating of course, but it is hard to ignore the underlying point.

This friend pumps in 60+ hours a week, every week. And he tells this is barely the average. He often eats lunch from the office cafeteria and regularly orders box-food for dinner. The effect is starting to show – he has a belly to hide now and a receding hairline to cover. In his own submission, he lives for the weekend, to drown out the past week’s misery, either in drinks or – you guessed it – more junk food. He keeps telling about this Mauritius trip he’s going to take, once he’s done with all his project commitments. He has been telling this for about a year now.

Story #2 – I have another friend. A non-engineer. He wasn’t smart enough to crack CAT / XAT / BAT / HAT. None of them. Hence, he had to be content with a lowly (perceived so) Master of Arts (MA) in Political Science, after doing his BA in the same. He eventually cleared the National Eligibility Test (NET) and joined as an assistant professor at one of the colleges in DU. Later, he also picked up an M.Phil and is well on his way to become an associate professor and more.

His job requires 6 hours of work every day, 5 days a week. Though, effectively not more than 3 hours –i.e. 3 daily lectures max. He has ample time to pursue his other interests. He is associated with a social cause, babysits abandoned pets on the weekend, and is also writing a book alongside. It is not to say he’s become a saint. He too loves his drink and all the jazz we see as “cool”. Lastly, I see him more often than my MBA friend on the weekends.

Upon reading this, you must be like – what the heck! – such a false binary. The MBA guy earns way more than the uh-so-boring DU prof, like who’s even going to go out with a 26 year old professor. As Donald Trump would say – wrong!

The MBA friend earns more but he routinely puts in at least twice the number of hours the Professor friend does. The MBA friend lives from weekend to weekend, guzzling Red Bull and munching Doritos in between. When he’s not working on a Saturday as well, he is mostly catching up on his sleep. The company promised weekend fly-outs are simply piling on. He’s already airport averse from all the office travel.

Surely, his awesome salary slips are being credited which he intends to bust during his lavish Mauritius trip. That would be redemption for our Rambo – to show the world, he’s got it and he’ll flaunt it. And then what? – Another year of misery to repeat the cycle. Also, with all the Food Panda ordered dinners, the health isn’t going upwards. There’s the belly he wishes to lose using the swanky gym membership his company gave him, but has no time. Then there’s this backache that has just begun. But a company sponsored spa session at The Leela would take care of it, no big deal. So basically, he is always in the firefighting mode, piling on misery and getting rid of it by burning through his pile of cash.

But what about time? Will the company replace the time as well? The time he spends locked in his cubicle, missing on all those family get-togethers, grandma’s 70th birthday, parent’s 50th anniversary, his child’s initial years growing up. Again, he can buy them a fancy dinner and pop the most expensive champagne to celebrate, but will it truly compensate for all those missed moments, while he was away making presentations for a boss sitting a few oceans across? I don’t think so. And the worst part is that this race never ends.

Let’s come out of the story mode now. Leave it aside. My larger point has nothing to do with an MBA. What I wish to convey is pretty simple – the gross salary is not the best criteria to pick a career. At the same time, I don’t want to preach all that ‘follow your passion’ type of stuff as well. It doesn’t work that way, either.

After having lived and worked in 3 continents, and seen some professional highs and lows, I want to put across a few obvious things that I picked up along my way. Take what you like and leave out the rest:

1. Money is important. Those who tell you otherwise are lying. But, even more important is the opportunity cost of this money – i.e. how much you are missing out for earning that amount of money. Your life goal should be to minimize this opportunity cost and not unilaterally maximize the money. My MBA friend is maximizing money, but the Professor friend is minimizing the cost.

2. Start introspecting in life as early as possible, and do not take things as given to you. We judge other people except for the one that actually matters – ourselves. Always look back and analyse your decisions. Why they seemed right then? And are they still right? If not, what went wrong? Can I do something about it? If yes, then do it.

3. This one’s the most obvious – find a mentor. The not so obvious part is why? To know how he did it? And then at each successive step, try to better your mentor. If not the sky, you’ll hit the proverbial coconut, at least.

4. Plan your career, not according to the present, but what’s going to be hot 2, 3 or 5 years down the line. The entry barriers will be lower, rewards higher and the headstart you’ll get is a complete bonus. Ask any of your UI / UX Designer friends to understand what I am saying.

5. Lastly, all along your journey, always take a mental note of the stuff that made you happy – personal or professional. And keep jotting them down, somewhere. The idea is to build a map of all those things/ events / persons / pursuits that made you happy. And not happy like a lunatic. But content-happy. At peace and proud. Then, start using this happiness-map while taking important decisions. Note – I use ‘happy’ as a simple placeholder for all the complex desirable feelings.

Okay! Let’s try to wrap up here. The idea wasn’t to look down upon MBA per se or glorify academia. These are exaggerated case studies I’ve used to build an argument.  MBA – for all you know – is still the most popular career option and will remain so for a long time to come.

This article doesn’t intend to challenge the status-quo. What it does, is to present a much simplified binary comparison to drive home a single point – look beyond the salary when you are choosing a career!

About Nishant Rao
Nishant hold an MS from University of Michigan. When not designing structures, he is either reading, writing or learning some new skill on the Internet. A right-liberal with an opinion on everything.

1 thought on “How important is the salary in your career choice?”