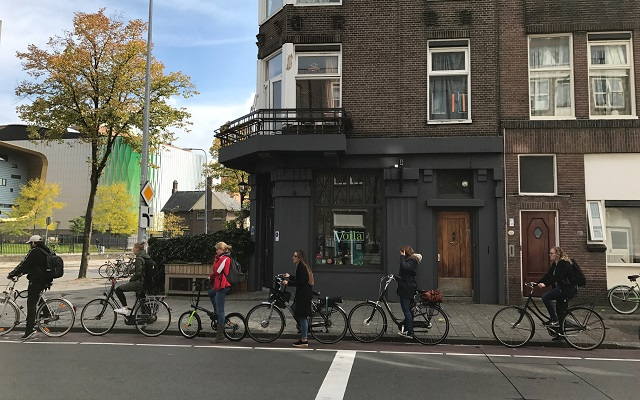 Abhi Bhattacharya shares tips for expats / foreigners who are planning to move to the Netherlands. Here’s what no one tells you about living and working in the Netherlands.

Living and working in the Netherlands as a foreigner 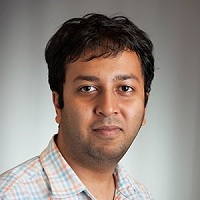 It is indeed true that the world is getting more globalized. And perhaps even more true that Indians are everywhere…in fact a favorite anecdote of mine is finding a Punjabi chai stall somewhere near the Snowdons (in Wales) and that the very last hotel/motel in Death Valley was owned by one of our own Patels. The Gold Rush would have been perfected by us, methinks.

Now, for those whose spirit of entrepreneurship and wanderlust leads them to the Netherlands, here is a quirky guide to the wonderful land of stroopwaffels and stamppots.
I am currently staying in small town up north called Groningen and its been all of 3 weeks…so take my advice extremely seriously since I know it all (all of you Sheldons out there…do detect the sarcasm).

Arriving in the Netherlands

You will most likely be sponsored a visa under the high skilled migrant category (MVV) by your firm. There are a few idiosyncrasies which are worth pointing out.

First, you need to get your birth (and marriage if you have a spouse) certificate Apostilled/legalized in order to get something called a residence permit and a BSN (Dutch equivalent of a social security number). Doing that is a wonderfully complicated thing sometimes, especially if you are not currently in your home state or if you never had a birth certificate. Hence start the process as soon as you get an offer.

Also, depending on the country you’re emigrating from, you may need to get a TB screening. And one more. And then another…every six months to be exact.

Finally, there is also something called the 30% ruling (which means 30% of your income won’t be taxed). You should enquire about this from the HR since it makes a whole lot of difference.

Getting a house is also of paramount importance not just since you can’t camp in one of the many parks forever. It is quite tricky getting accommodation for a reasonable price.

The Netherlands is a small country with quite a lot of people in small pockets. As expats, we are mostly not allowed social housing which makes a large part of the housing market (i.e. cheap housing).

The houses themselves are mostly bare—which means they do not even have a floor (which is strange but true) or any light fixtures or appliances. Some though are partly furnished (as in some curtains and lights etc.) or fully furnished (everything you need).

Fully furnished houses are harder to find and more expensive but of course easier to settle in. Again, start looking for houses very fast. Agents make life easier often take a months rent if you want to go through them.

Learning Dutch is tricky…it is like German with longer words and even more guttural sounds. In your work you probably won’t need much of it but you would wish you I knew a bit of the language to tackle the bureaucracy.

The Dutch speak English but everything is still in Dutch. Utility bills, health insurance, bank related messages (except ABN AMRO) etc. are all in Dutch and frequently everyone will initially speak to you in Dutch everywhere, assuming you are fluent yourself.

Finding a job after arrival (important for spouses) is also much easier if one speaks and understands Dutch. Easier said than done…Google Translate is a friend.

I am still struggling with all the MOOCs out there to make you an expert, but I am hopeful. However, things can be gotten done with just English so if you are going to come for less than a year, it may make sense not to bother.

The Dutch love to bike everywhere (as in pedal cycles). There are bike lanes, traffic signals for bikes and bikes of all shapes, sizes and colors. You have attachments to carry furniture, groceries, kids etc. in varying orders of priority.

On my second day of arrival, I had seen a guy biking in the rain, an umbrella in one hand and furiously typing on his cellphone with the other, while still navigating traffic—there is a surreal expertise at play with Dutch and their bikes.

I thought I could do much of that but I overestimated my energy levels and enthusiasm for riding in pouring rains. Also I keep getting lost. So now I have a bike which I only use to run errands. Wise words — know your limitations.

I also rented a house having a parking spot…and I cannot imagine myself getting a car anytime soon. My recommendation—get a bike but be open to public transportation at times.

In general, the egalitarian nature of Dutch society makes customer service quite appalling. No tips don’t help either. Be prepared to wait forever or be served in an assembly line kind of system.

Also it sometimes seems that the service professionals are doing ‘you’ a favor by serving you and taking your money (“Give me your money and be thankful I took it”). Polite persistence is the only way to make things work.

The Dutch are direct, often brutally so. I find it quite helpful to be honest but be prepared to get your ego shattered quite a few times. And be honest irrespective of whether someone appreciates your honesty.

Getting to casually know Dutch people is quite easy…making friends is quite tough. Plenty of barriers to overcome and a close knit family and society in general prevent fast friendships from blossoming.

Further, I have been told there is a historic basis of tolerance without integration. Especially in the bigger cities, homogenous communities exist who have not integrated (or cared to) with general Dutch society for many years. However, the tolerance means there is rarely and discrimination, if at all.

There are drugs and there are working women, the latter being very legalized and the former being very tolerated. Much hyped about outside of the Netherlands, I have not seen the locals partake too much of either.

On the quirkier side, are the Dutch toilets. Without giving too much away, the system is such that you need to be extremely appreciative of your bodily functions to utilize the Dutch toilet to its fullest.

Well, hope this gives all of you an introduction to a few different aspects of adjusting to life in the Netherlands. I am interested to know your thoughts—what did you find the easiest (and the hardest) while adjusting to life in Europe? Feel free to pour in the comments about any aspect of Dutch life, or Europe in general.