Lawyers and the field of Law in general have been shrouded in mystery. The image created in popular media & movies is often a distorted version of reality. Avanish Rathi, a lawyer who focuses on the litigation processional helps us understand the field – what qualifications are needed to become a lawyer, what work you’ll do in a typical day, and the scope for growth.

Litigation Career in India: Jobs in the Legal Industry 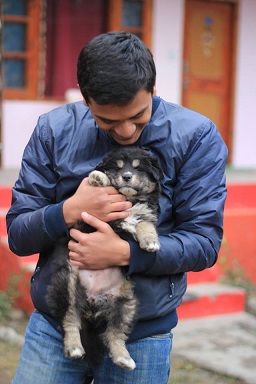 My name is Avanish Rathi. I am an advocate of the batch of 2013. I received two degrees from Symbiosis Law School, Pune: an LLB degree and a BBA degree.

How I became a Lawyer

Upon finishing my 12th, I had no plans to become a lawyer – indeed, I was clueless as to what I wanted to do. However, I found, at that time, that I possessed the skills that were being sought after from potential lawyers: a full grasp of linguistic skills paired with keen analytic and deductive thought processes. 2008 was when I wrote my tests, and I got into Symbiosis Pune, which is a top 5 law school in India.

During my early college days, my plans were to get into Corporate law (Transactions, Mergers and Acquisitions), due to the high salaries on offer. The internships that I undertook were geared towards that. Only later in my college days, after being part of a litigation office as part of an internship, did I realize that what I would enjoy more would be thrill of litigation, and I got into that upon graduation. In litigation, every day has the potential of being extremely memorable.

Getting into litigation was not at all difficult. Litigation is a difficult profession that seriously takes up one’s time (most Sundays are working), and pays very little, until one starts their own practice. Because of these reasons, there is always work available for people willing to dedicate their lives to the profession, without expecting much in return, except experience, at least for the first few years.

Upon graduation, I realized the best place to practice would be Delhi, despite my family being based in Maharasthra. My first step, therefore was to apply for a bar council licence (in Delhi, where I am based). The licence took approximately 4-6 months to be issued, during which time I was provisionally allowed to practice. Being part of an office which was focused mostly on the Supreme Court, upon receipt of my bar council licence, I also applied for a proximity card to the Supreme Court (a security pass) which took another few months to arrive. My practice, in general, has been before the Supreme Court and High Court of Delhi, along with tribunals such as the APTEL, TDSAT, NGT, NCDRC and CAT.

The most interesting cases I have been part of have been the National Judicial Appointments Commission case, in which I, along with my senior were part of the team for State of Rajasthan. Mr. K. Parasaran (ex-Attorney General for India) was the Senior Advocate appearing on our behalf, and our job was to prepare submissions that Mr. Parasaran would then make in court. Other cases I have worked on for the State of Rajasthan include the Jat Reservation case, the matter of euthanasia for the Jain Community, Service law cases involving sums amounting to billions of dollars, among others.

A day in the life of a litigation lawyer

My days generally start at 7 am. I aim to reach court by 8-830, to avoid traffic and to have an hour of two dedicated to breakfast, last moment case preparation and socialization with fellow advocates and seniors. Most courts sit at 10.30, with some benches sitting at 11:00. Generally, my offices have tended to divide cases to associates systematically. A certain associate might be responsible for certain types of cases, say criminal cases, or civil cases, or commercial cases.

On days when the diaries are full and there are a large number of cases spread across different forums, one is assigned a number of cases depending on where the cases are listed and at what time the case would be expected to be taken up by the court. As courts sit until 4:30, days can sometimes be long, as one’s case might be expected to be taken up at the end of the board, or by a bench that would sit after lunch, or might not even be taken up! I try to keep myself busy by aiming to finish off pendency.

After court, I reach my office and start preparing for the next day of court, by studying my assigned case files for the next day of hearings. Generally, this is how days go, and there is very little time for anything else. However, one does have to fit in pending drafting within this schedule. In general, my office is open up until 9-930 PM, to account for case preparation and drafting work. For urgent cases, there have been nights when I have not gone home, and have reached court straight the next day.

This schedule can be different from office to office and court to court. In general, advocates find their careers revolving around the High Court of their state of residence and practice. In states that are more relaxed compared to Delhi, one can find that advocates finish court around 4, leave for their homes for a couple of hours of rest, and then reach office for late night sessions and for preparation of the next days cases.

Unfortunately, due to the way the Delhi region is structured, that just isn’t possible: the commute itself takes something close to 2 hours. Advocates practising before the Supreme Court will probably find that Sundays are the most important days of them all, with entire days being dedicated to briefings and conferences with Senior Advocates as Mondays and Fridays are miscellaneous days at the Supreme Court – days reserved for admission of fresh cases. Sundays can be working days in the offices of Senior Advocates and Advocates associated with offices that have a large volume of work at the Supreme Court.

During any free time I get, I try to write on legal and political issues, and have had articles published on international and national online newspapers. I also try to make music, but am definitely not good enough at that to pursue it full time.

Pre-requisites for the field of litigation include: an LLB degree, a valid bar council licence and a functional grasp of the English language, and the regional language of the High Court of one’s state of practice/residence. Experience interning with law offices would not hurt either.

One needs to be willing to work hard, and be patient in terms of the rewards that come with a successful practice. The first few years are inevitably difficult, even for people that have a foot in the profession through their families.

Litigation, has been, to me, an equalizer of sorts. One is judged on results, and not reputation. How hard one is willing to work is probably the biggest blank one needs to fill. Societal boundaries such as religion, gender, caste, financial/educational backgrounds etc. tend to have very little significance: if one is good enough, they are good enough, and can reach the very top. One also needs to develop a network that one can contribute to and take help from.

Why I chose a career in litigation

Personally, I preferred litigation as I wanted a somewhat more nuanced career. An in house legal counsel acts a liaison between corporations and lawyers, and is involved in legal strategy and planning roles and is expected to be comfortable with all kinds of cases a corporation can expect to face.

LPOs also offer very decent salaries, but, in my view, in general, have an upper limit in terms of the kind of professional experiences one could gain from. Having said that, I have seen people from the LPO industry make great niches for themselves and have very satisfying careers.

Public policy is one field that is coming up greatly in India. The sort of people they look for want to leverage their skills as lawyers to tackle social problems through bringing about better governance through better laws and policy and methods of execution of the same.

Indeed, India got its independence due to the work of advocates such as Bal Gangadhar Tilak, C. Rajagopalachari, Lala Lajpat Rai, CR Das, Sardar Patel, Rajendra Prasad, and MK Gandhi, among others. Successful lawyers often tend to make the jump into politics as well. Recent examples would be Mr. Kapil Sibal, Mr. Arun Jaitley and Mr. Prashant Bhushan, to name a few.

The possibilities in this field, therefore, are just about endless, and are limited only to the ambition of the person. One needs to figure out what they enjoy and keep at it. The pecuniary rewards in litigation are huge. Very successful Senior Advocates can, in today’s terms, earn anything up to 50 Lakh Rupees per day, or more.

To get into the field of law, one needs to have a base set of skills: a strongly analytical and dispassionate frame of mind, ability to think on one’s feet, openness to new ideas, a lifelong willingness to learn and a capacity to work very hard.

A judge of the Supreme Court, being the final arbiter of any dispute in India, is expected to be comfortable with any question put in front of them (with reasonable preparation). Judges in this country have adjudicated upon extremely diverse topics, and the same capacity is expected from Advocates.

To truly gauge the possibility of one’s suitability to this profession, I would advise reading the biographies/stories of eminent lawyers and judges. If one can find parallels and inspiration, then there is definitely scope for success.

Also read:
– How to get into the top law schools

3 thoughts on “Litigation Careers in India: Opportunities in the Legal Industry”