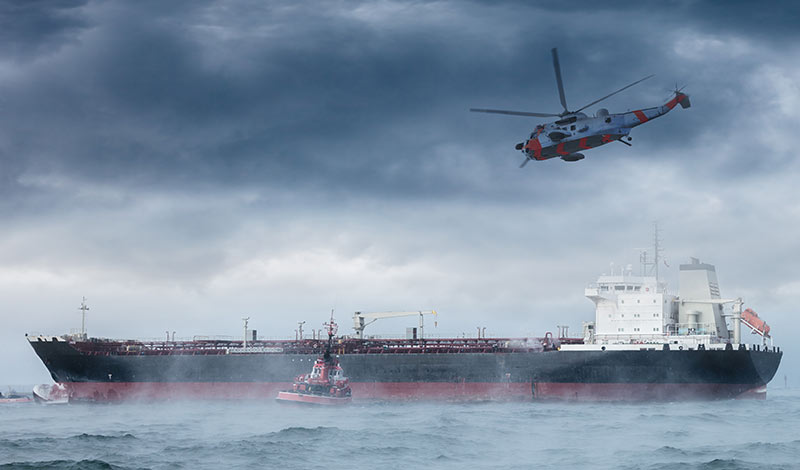 If one has a bucket list, sailing on a merchant ship should be on it. It gives you the perspective of what is it like to witness the spectacular grandeur of 3/4th of our planet in a ship’s setting. The experience is very humbling.

Whether it is treating your eyes to the most beautiful dawn and dusk over an open horizon or counting the diamonds spread on the ocean on a full moon night, the sound of ship’s hull sliding through the salt water or the soft rumbling of 4-storey engine heard on main deck. The list goes on.

Living on board a ship brings you its own tidbits of nostalgia back home. It has been 8 years since I joined my first ship. Still, every time I am at a port to climb the gangway (ship’s ladder), I feel in awe of her, the beautiful mega structure.

There is always the delightful greeting you hear once you step foot on deck – “Welcome On board”. The peculiar fragrance fills your lungs as soon as you step inside accommodation area. The first bird’s eye view from Bridge (nothing to do with playing cards) fetches a deep breath of wow in you.

However, along with the benefits of merchant navy, there are risks as well. The grass is not all green. We witness situations involving operational failures leading to business loss and personal injuries which might scar us for a lifetime and leave us unfit to be at sea again.

So, describing a typical day on board a ship ought to be a lively narrative. This is the story of one such eventful and gruesome day.

It was the summer of 2011. I was on board a difficult ship. It had been 2 months since we were doing 6 hrs on and 6 hrs off shifts. The air was still and temperature soaring high. It was 56 degrees Celsius in the Engine Room (where almost all the ship’s machinery is). The heat was unbearable and it was becoming difficult to breathe.

The time was just past 9 am and we were toiling hard on a faulty oil purifier since last 3 days. Drenched in sweat, I had just gulped a salt tablet when a loud dying roar appeared and the ship went dark. A minute later, emergency lights lit up, and we were choking on the thick black smoke in the vicinity.

One of our electricity generators had burst open at one end and the stand by generator (there is always a ready to start, stand-by equipment for all critical machinery) did not kick in. Sensing the risk of fire, the fuel to the damaged generator was cut off.

As the smoke cleared, we sighted the damaged generator, dead, and charred at one end. We all rushed to Engine Control room. The lights were dim and faces tensed.  A quick situation analysis and next plan of action had to be decided upon. Priority was – the stand-by generator had to come alive.

Black Out i.e. the loss of electrical power, is an emergency on board. The minute the ship went dark, our prolusion engine had a crash shutdown. Now, a ship with no propulsion is somewhat like a guitar with no strings. It brings the crew on board in a state of frenzy.

Any Ship sails from Port A to B in a time bound manner. Any delays leads to fines in thousands of dollars plus gets dent in ship owner’s reputation. Hence, the frenzy part.

After 90 minutes of rigorous trouble shooting, the stand-by generator was put online. It took another hour and a half to get the propulsion up and running. The ship started back on its course.

We all sat for lunch at 1400 hrs discussing our morning ordeal. We had lost 5 hours in the morning. On top of that, Incident documentation and investigation had to be done for the damaged generator.

Fortunately, nobody was near the generator when the incident happened. The incident would have proved fatal.

While the conversation moved to a casual sarcasm about how Third Engineer (responsible for the upkeep of generators) should prepare for his sign off in the next port to go home, the steward came gasping into the mess room – “Captain, Second Cook has fallen off the stairs and is not moving.”

Captain jumped out of his chair and reached for the intercom. Second Mate (medical officer on board) received the call on Bridge – “A man is lying unconscious, Chief Mate is coming to relieve you on Bridge, come immediately to provision store with stretcher”.

Chief Mate left the mess and Captain and Chief Engineer rushed to second cook with the first aid kit. The man was lying on his back. The cloth, steward had put on second cook’s head to stop the bleeding was already soaked in blood.

Captain checked for breathing and pulse and gave a sigh of relief. The man was breathing though the pulse was a bit low. While, Second Mate was preparing the stretcher to take the man to the hospital, Captain was tending to his wound. He managed to arrest the bleeding with ice, ring pad dressing and antiseptic.

Second Cook, seemed to be gaining consciousness now but was barely able to move himself and seemed under nausea. He was moved to the ship’s hospital with Second Mate attending to him while Captain sought help from nearby port authorities.

A chopper pick was arranged for the next day to take him to nearest hospital in UAE. Second Cook, Francis had lost considerable blood and he seemed weak. Second Mate suspected a fracture on left foot as it had all bulged up and Francis could barely move it. He used bandages and splint to comfort him.

Francis finally spoke – “I was rushing down the stairs when my feet slipped. I was not holding hand rails so had no chance to control my fall. I am sorry.” We felt bad for him as he had joined the ship 15 days back and was planning his daughter’s wedding after this contract. He was on glucose for the night.

Chopper lift was scheduled for 1200 hrs. I was on Bridge assisting Electrical Officer with the faulty lights. It was the first time I saw a chopper medical rescue operation in motion. The Bridge watch officer was coordinating with Chief mate who was on deck for safe airlifting of our injured fellow crew member.

It took almost 30 minutes for the entire operation and Francis was on his way to better medical care. Hopefully, he will join us back when the ship reached Fujairah for bunkering (re-fuelling). At least, I wished for it.

Midnight snack was a routine me and fourth engineer religiously followed for last two months when the 6 on/off schedule started. Sipping beer and munching club sandwiches, we put our blank eyes to the dark open sea and the bright moon from my dear senior’s cabin porthole.

Senior blurted out – “Man, this is too much, first the generator then second cook, there is too much risk out here. This is my last contract, I am never going to sail again. I replied – “True Sir, it has been crazy. I just have my education loan to pay off. I will join you. Lets get back to land start something of our own”

After 5 years of that eventful day, I am working as third Engineer for a reputed company and my dear senior is on board sailing as Chief Engineer. We are still in touch and do share emails every now and then.

We have learnt to take care of ourselves and our fellow crew members in a perilous environment. We embrace the risks we are exposed to and keep safety as our top priority. After all, as William Shedd puts it – “A ship is safe in harbour, but that is not what ships are built for”.

Disclaimer: The narrative of the story is what I could recollect when I was on board an oil tanker ship as Junior Engineer. It may or may not fit exactly in the technicalities involved while situations involving damaged machinery and injured person on board a ship.

Related post:
– What merchant navy officers do: Getting behind the job description

About Shubham Somani
Shubham has been to the shores of 24 countries and worked with 14 nationalities. He enjoys fixing things and reading Oscar Wilde. He loves mountains and works as marine engineer on board merchant ships.

22 thoughts on “Life on board a Merchant Navy ship: With the benefits, come the risks”