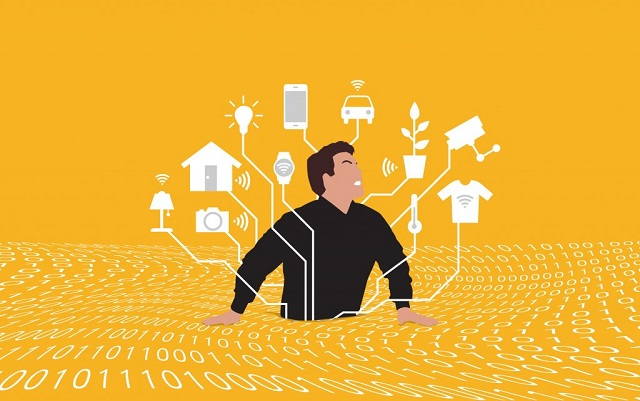 Behind all the smoke screens, a lot has been written about how the Internet of Things (IoT) will change our lives and homes. Harish Venkatesh presents the other side of the story. He raises some pretty valid concerns about smart homes and the role played by IoT. 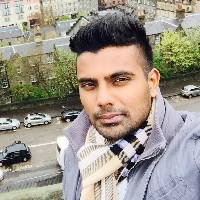 Imagine you are driving on a hot summer afternoon. The temperature is soaring at 40 degree Celsius. You just finished a demanding client meeting, and you decide to make a quick pit stop at your house.

While you are on your way home, you open your smartphone to switch on the air conditioning in your living room, record the afternoon TV programme of football highlights, command your refrigerator to serve you an extra-cold beer while the oven prepares your favourite cheese pasta.

Does that sound like your dream home? Do you feel like Tony Stark walking into his Malibu house greeted by his artificial intelligence personal assistant Jarvis? By now I hope you haven’t figured the rhetoric but you don’t need to be Iron Man 1, 2 or 3 to have your home (or smart home, I must say) run by a highly sophisticated ecosystem through the internet.

In fact, more than 90 million homes are already smart homes ‘controlled’ by… (jargon alert)… IoT! A further 400 million homes are forecasted to become smart by 2020 with US$6 trillion to be invested in new smart home technology and 30 billion devices to be connected by IoT.

IoT for homes or “Smart Home” is actively making the rounds in the consumer market place. It has found its niche amongst engineers from various industries – IT, Infrastructure, Lighting, Consumer Electronics, Semi-Conductors, Energy and Environment.

It has even managed to creep into financial circles of Venture Capitalists and Private Equity firms who are contemplating investing in this AI technology that promises to grow exponentially.

It is the big tech firms that are leading the innovation cycles and driving sentiments (and of course growth) in the market place. Google, despite acquiring Nest and Dropcam, continues to monitor startups and competition to further strengthen its position in this segment through its M&A strategy.

On the other hand, Apple invests in developing its own technology for smart homes in the form of Apple HomeKit. Amazon’s Echo Alexa is a personal assistant that not only helps users with setting alarms and scheduling appointments but also reads out books and creates grocery lists.

Samsung’s recent acquisition of Harman is envisaged to take the company into the smart home automation segment though Harman’s audio market channels. And Facebook is trying to sneak (not surprisingly) Morgan Freeman into our homes through its own version of Jarvis, which picks outfits and makes toasts.

So all of these IoT smart home advancements raise one big question – who is going to play real-life Arnold Schwarzenegger to save us from Skynet? Or simply, how much control over our lives are we ready to relinquish to accommodate our growing needs for comfort through technology?

Smartphones have already exerted considerable control over us and now we have a highly sophisticated ecosystem that operates over the internet that beckons home owners. The perils of IoT smart homes are triangular in nature – technical, social and financial.

Not only is your home security compromised but even your privacy becomes extremely vulnerable to cyber-attacks. Smart homes IoT (like IBM Watson) are designed to collect as much user data to help program solutions using analytics. Such sensitive personal data falling into the hands of sophisticated hackers can not only cause short term damages but also be catastrophic in the long term.

Another area of concern is the proprietary systems owned by the big boys – Google, Apple, Amazon and Facebook, who have all become the Big 4 in technology sector. Most IoTs are not compatible with other smart home systems and are built to be independent systems.

This non-compatibility forces users to implement an IoT infrastructure from a single manufacturer, thus taking away important future-proof features like upgradability and flexibility. Users are further impeded when their technology becomes obsolete or when the OEM loses its innovation cycle.

Remember Nokia, Blackberry and Garmin who became obsolete and irrelevant despite dominating their respective market segments? There is every chance of this recurring trend in the IoT segment too. Only this time, user migration to a new system will be extremely expensive, laborious and perhaps unviable.

IoT smart homes are essentially becoming substitutes for domestic help. They will eventually drive nannies, helpers, cleaners and cooks out of the job market leading to increase in unemployment with serious socio-economic implications.

Besides, with lesser humans to interact our emotional intelligence is drastically reduced leading to greater mental disorders. Our obsession over technology will make us more objective and mechanical rather than an opinionated, subjective intellectual with a high EQ.

Most importantly, humans will become lazy and develop serious health problems at a very young age. Many studies have revealed that young adults’ over-reliance on technology is having a detrimental effect on their brains.

While everything around us is becoming smart (smart phones, smart cars, smart TVs, smart homes), we as a race are becoming anything but!

Though we are at an advanced stage of the innovation cycle in IoT technology, prices still remain high. Of course as this cycle evolves, the prices will inevitably drop much like in LED lighting technology but factors like life-cycle costs, maintenance, upgradeability and future-proofing are certainly going to come at a premium.

Though the 3 vertices of the IoT triangle have various differentials, together they pose a potent threat for humans. Of course the technology provides advantages where users can save energy, lower energy bills, and increase productivity by eliminating time spent on trivial tasks.

But what is the ultimate cost of comfort? Are we really ready to let artificial intelligence control every aspect of our life? And how do we manage technological malfunctions? What is the cost of such malfunctions? Who manages risk and security? How much privacy will be compromised for such a luxurious lifestyle?

We all know the answers to these questions yet optimists will argue that the current innovation cycle will vastly reduce the uncertainties associated with IoT in the future. But the question is can these uncertainties ever become negligible for machines and AI?

Until we have an affirmative answer to this question, the prospect of a Terminator type judgement day will remain an imminent reality! And when that day arrives I hope our Arnold Schwarzenegger would be built and ready! Hasta la vista, baby!

About the author: Harish Venkatesh, an engineer from BITS Pilani, was born and raised in Dubai. Working in Singapore since 2012, where he heads the lighting business unit in the finished product segment for ASEAN & ANZ region.