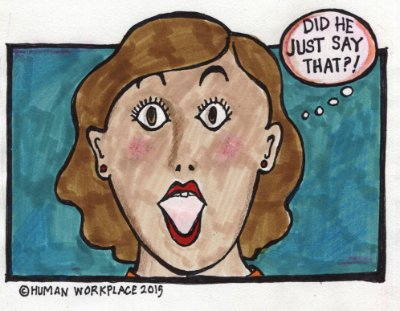 Not too long ago I was at an interview that I’d rather not talk about. But since I am writing about it, one of two things could have happened here – either I have moved on OR I enjoy torturing myself.

However since I also don’t ever subject myself to Salman Khan flicks where he single handedly manages to save the whole world, while moving his four limbs and six(teen) pack abs to groovy songs, I will assume that I am not self-destructive. So clearly I have moved on and here to share the story of a morning from hell.

Having completed my college degree at the dawn of this century, I managed to cram up some of the forgotten material and showed up only to find myself going completely blank. There I was in front of a panel frozen with what could only be described as stage horror.

And even though most of the panel was pretty understanding, my freaked out brain kept focusing on the one interviewer who wouldn’t let go. It didn’t help that he screamed at one of his own to stop leading me to respond.

So, when I managed to get back any feeling inside my mouth, I mustered up all and any courage and declared This interview is over. I walked out fast hoping not to turn around and see their bewildered faces. They probably never expected to be out-dismissed but hey, I wasn’t going to get that job anyway!

This was my embarrassing story. Not convinced that I could be a record breaker in bad/weird interviews, I decided to collate some others from here, there and everywhere.

So, here are some funny and/or embarrassing interview stories.

1. If your super-power is super confidence!

There are many confident people around but few are confident enough to take a complicated interview question and fire it back at the interview panel.

He got the job!

2. When your interviewer would rather be somewhere else

Picked up from Social Talent, an IT applicant goes for his interview at a company. His interviewer shuffles through the pile of paperwork in front of him and asks,

Applicant: I know what it is. Anything specific?

Interviewer: Are you certified?

Applicant: To do what?

Interviewer: I have no idea. HR puts all this crap on my sheet and I am not an engineer. Can you do network stuff?

Applicant: Sure I love it.

It is generally a good idea to think about the responses to most probable questions. Yes, we all prepare for Where do you see yourself five years from now, What are your strengths or weaknesses,  and the most obvious one Why should we hire you?

But this guy didn’t quite think it through. On being asked the latter about why he should be hired, he responded Uh…I live, like, five minutes away!

Yeah, that sure would sell it!!

4. Sharing too much information

When should you just pull the brakes? A nervous state usually triggers verbal diarrhea but sometimes some very personal details flow gushing out, much to the cringing embarrassment of everyone in the room.  Such is what happened to a Quora user.

When asked about citing examples of some industries where e-commerce has overtaken retail, he responded- Sir, electronic goods could be one such industry. Books could be another.
Interviewer: What about pornography?

Applicant: Sure sir. But still, I’ve never paid for it. There are other sources.

Though nice to know he understands market goings well, none of us needed to hear about what goes on behind his closed doors.

5. Let’s not commit a felony

Being a criminal mastermind is not just about the stealth with which you can, say steal, but also requires a significant understanding of timing. Maybe this guy didn’t quite go through the entire course of How to be the next Al Capone, rather Al Captwo.

After conducting a particularly abysmal interview, a DVD store employee (and Reddit user) started walking the applicant out when the store alarms suddenly went off.

Obviously prompted to search the applicant, the employee realized that he had managed to steal three DVDs while he was being interviewed – all musicals. What a warm fuzzy guy!

Interviews are rarely warm and comfortable like the nearly stolen musical movies. They are usually intimidating, sometimes horrifying and every so often, hilarious. While we all would like to have successful ones (read article Effective job interview skills), what takes place in those few hours sometimes takes on a shape which doesn’t resemble our expectation…or theirs.

But you can come back to the comfort of your room, shut the door, scream into your pillow and when enough time has passed, share it with the world as a funny anecdote.

So come on. Out with it! Let’s hear yours!