Akhil Mehta, better known as the brain behind a popular Twitter handle, committed suicide. He was 27. Known for his witty & sarcastic humour and the manner in which he questioned our society’s (frequently illogical) beliefs, the news of his death sent shock waves across the social media.

Despite having over 50,000 followers, fans and friends, none could help him deal with his condition and prevent him from taking this extreme step. While some attributed it to the backlash he was getting from the powerful lobby that he had ridiculed in his posts, most fans probably had no clue about the depression that was gnawing him up from the inside.

This isn’t an isolated case. Earlier, a relative of someone who posted queries on our site reached out to say that this person had also been suffering from depression for several years and had recently taken his own life.

On the other hand, while quite a few such stories end in tragedy, there’s a silver lining to it as well. There are folks who’ve fought and overcome depression.

We worked with a few very bright MBA applicants with impressive credentials (read IIT degree) who had successfully managed to deal with depression and were now looking forward to a new professional and personal path.

We asked them if they’d be willing to share their stories anonymously as it would be very inspiring for others who are in the same situation that these candidates were in not too long back.

However, none were ready to do so, and we can understand why. It’s a phase they’ve left behind and it must be pretty hard for them to revisit those memories.

But MBA jobs are among the most stressful. The stress starts with MBA applications, extends to the job hunting phase and continues till retirement. We thought it was high time we recognised the risks such jobs carry and made our readers aware of them.

So we started digging around the internet to see what we could write about that would help other Indian executives and professionals who might be suffering in silence. 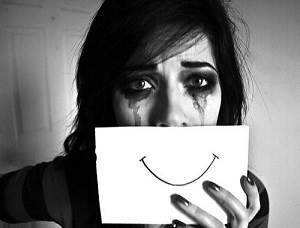 While doing research on statistics related to depression in India, we came across a survey published a few weeks back by The Associated Chambers of Commerce & Industry of India (ASSOCHAM).

The revelations were startling.

Out of every 10 Indian professionals surveyed across the metropolitan cities, 4 suffered from general anxiety disorder or depression.

If the results of the survey are to be extrapolated, a huge number of Indian workers put on a smiling mask to hide their pain as they head to work each day.

In the list of the top diseases that affect corporate executives, depression (42%) ranks at the top, followed by obesity (23%), high blood pressure (9%) and diabetes (8%). The top 3 cities where professionals were the most prone to depression were Delhi, Bangalore and Mumbai, in that order.

Roughly half the respondents admitted to feeling exhausted too often, over a quarter said that headaches were a common feature of their working lives.

What’s more worrying is the age distribution of the respondents. Over half (55% to be precise) were under the age of 30 and a quarter were between 30 and 40 years.

Most international MBA aspirants from India are under 30 years. They are ambitious and competitive. They want the best from their careers in their most productive years.

If that describes you too, then keep in mind the intangible price that you may need to pay for the success you are chasing.

You don’t need to take any radical decision to quit the corporate world. But do listen to what your body is trying to tell you. Slow down if you need to.

What are the symptoms of depression?

There’s a difference between being occasionally feeling low, and chronic depression. But for most, it’s difficult to differentiate between the symptoms. The earlier you do, the easier it would be to control the damage.

The symptoms of clinical depression include:

While some of these may be part and parcel of our stressful daily lives, if you are even remotely thinking of that last point, please reach out immediately to someone (a relative, friend or doctor) who can help.

What are the causes of depression?

Depression can be caused due to many reasons.

Rather than trying to fight a losing battle as a one-(wo)man army, it helps to get support from your near and dear ones. Here are some depression treatments that can help the milder forms.

However, the other causes that aren’t as simple to address could need medical intervention. For clinical depression, simple ideas and solutions may not work. Medicines can help. But that doesn’t mean you starting popping anti-depressants indiscriminately and become addicted to them. Your doctor would be in a better position to evaluate your condition and suggest an action plan.

Disclaimer: We aren’t experts in this area and our views may not reflect medical realities. This article is just to create awareness about the condition. If you or someone you know suffers from depression, please take expert guidance rather than relying on internet based solutions.